I made a small pottery wheel to form pots on. A pottery wheel is a small table on which pottery is formed that is able to be rotated about an axis to form more symmetrical pots. In this case it is a slow pottery wheel meaning that it is turned by hand rather than being turned at high speed by foot power or other means. 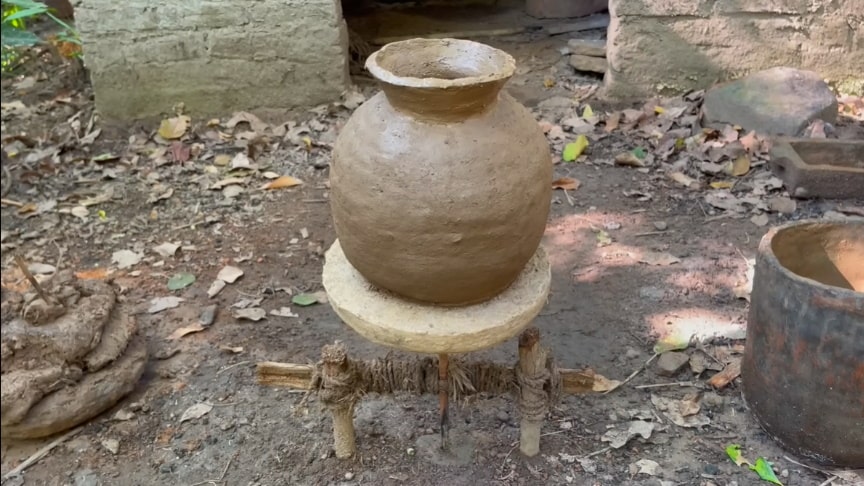 A clay pot was then formed onto it whilst turning the table to better access all points of the pot. The pot was then fired and tested. The slow wheel is good for forming pots but is hard to set up.

It also turns too slow for pot throwing (spinning the pot at speed and forming with the hands by drawing the clay up). Future iterations might be a kick wheel with a fly wheel for momentum or some other means of powering the while leaving the hands free to form the pot. 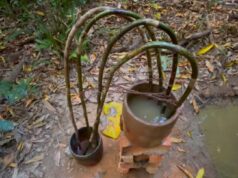