I invented the Bow Blower, a combination of the bow drill and forge blower to make a device that can force air into a fire while being easy to construct from commonly occurring natural materials using only primitive technology. I began by fanning a fire with a piece of bark to increase its temperature. It is this basic principle I improved on throughout the project. 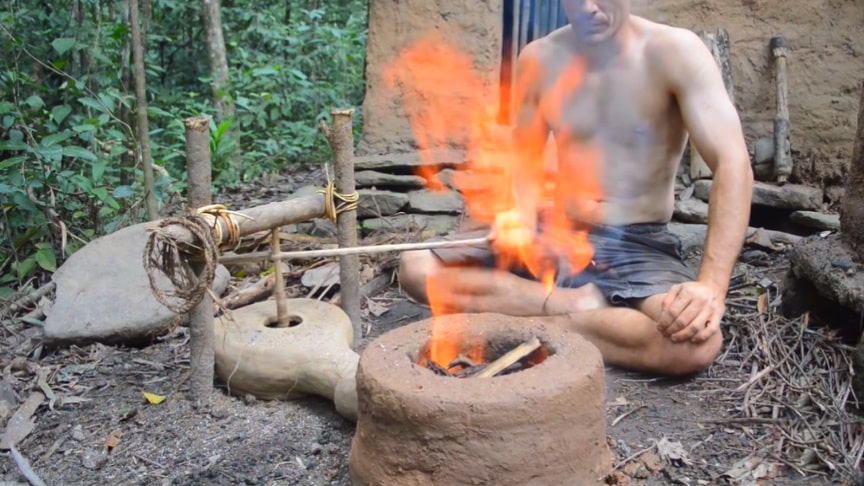 Next, I made a rotary fan from two pieces of bark that slot together at right angles to each other to form a simple 4 bladed paddle wheel about 20 cm in diameter and 5 cm tall. The fan was then inserted into the prongs and the end lashed to hold it in place. Spinning the fan rotor back and forth between the palms of the hands fanned the fire. But only some of the wind generated by the fan reached the fire.

So I built a fan housing from unfired clay to direct the air flow into the fire. This was basically an upturned pot with a hole in the top, a spout coming out of the side. The housing was about 25 cm wide and 8 cm tall. The hole in the top and the spout were both about 6 cm in diameter so that the air coming in roughly equalled the air coming out. The base of the fan rotor sat in a wooden socket placed in the ground to make it spin easier and the top of the rotor protruded from the hole in the top of the housing.

I made a simple mud furnace for the blower. Then I collected orange iron bacteria from the creek (iron oxide), mixed it with charcoal powder (carbon to reduce oxide to metal) and wood ash (flux to lower the melting point) and formed it into a cylindrical brick. I filled the furnace with charcoal, put the ore brick in and commenced firing. The ore brick melted and produced slag with tiny, 1mm sized specs of iron through it. This device produces a blast of air with each stroke of the bow regardless of whether it is pushed or pulled. The bow makes it possible to operate the blower without using a complicated belt and wheel assembly used in traditional forge blowers.via: Primitive Technology 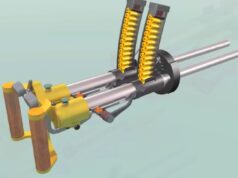 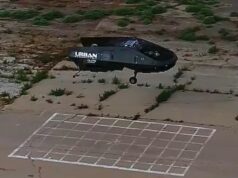 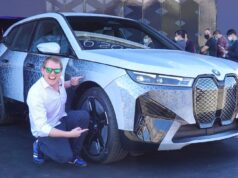 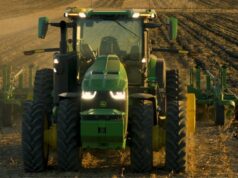 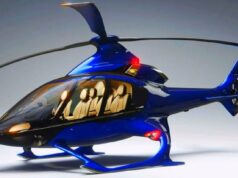 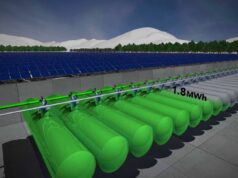