The McLaren Speedtail got its world premiere at the Geneva Motorshow, but I managed to film the car driving on the streets of Geneva.A car like no other. A pure fusion of science and art in automotive form. The Speedtail is McLaren’s first ever Hyper-GT. Our most aerodynamically efficient car ever. 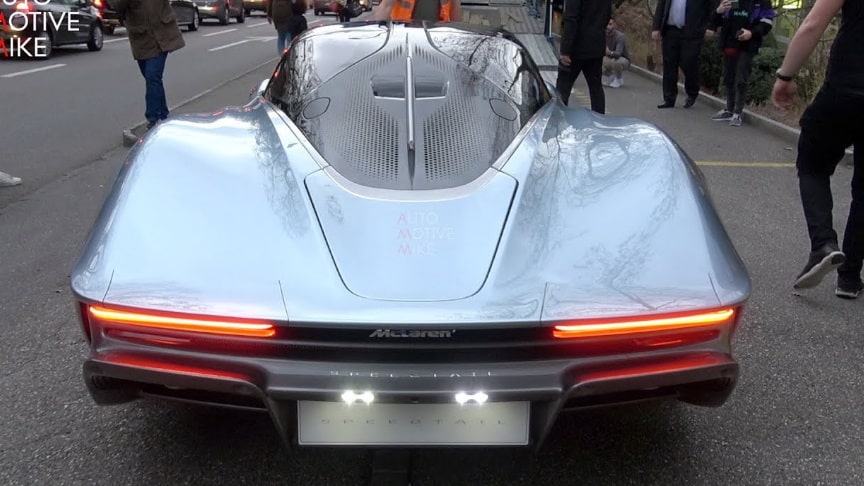 And the fastest McLaren to date. With a pioneering 1050PS hybrid powertrain at its core. It brings together unprecedented levels of innovation and elegance to create a new benchmark in automotive design. And offers owners extraordinary opportunity for bespoke personalisation.

Its iconic three seat configuration puts the driver centre-stage – and a jaw-dropping elongated body makes it as much a work of art as a masterpiece of technology. This is McLaren’s brand new entrant to the Ultimate Series. This is the Speedtail.

Just 12.8 seconds. That’s all it takes for the Speedtail to reach 300km/h from a standing start. This is the fastest acceleration delivered by any McLaren to date. But the Speedtail is a car that pushes ever further. Keep on accelerating, and the car will reach its staggering top speed of 403km/h (250mph) – higher than any car we’ve ever created.