Introducing The Cardigo, the bicycle that gives you both an upper and lower body workout with just the turn of a knob. This innovative bicycle is patent-pending, and the first of its kind. The bicycle is a stainless steel 3 speed, but the thing that makes it special is that you have the choice of riding the bike normal or as a full body machine. 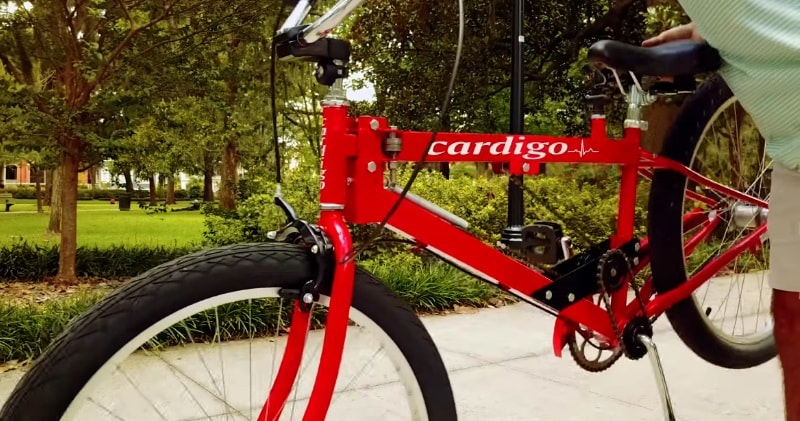 The Cardigo was built with a knob that converts it from your normal lower body bicycle to the bike you see in our video.The Cardigo goes Beast Mode, telescoping the entire front end of the bike.The idea for The Cardigo transpired in the start of 2017.

The inventor and founder of the company, Dan Ogden, was taking the usual cruise around the neighborhood on his bicycle.He realized he loved biking for exercise, but he wished that he could do more than just legs while spending his time riding.

Thus, The Cardigo was born. Dan spent the next few months researching past concepts, analyzing how bicycles are built, and building prototypes of his own. After months of developing and testing, he built a bicycle that is ready to be manufactured.This full body workout bicycle is patent-pending as of May 2017 and will be for sale by the end of 2018.