Solar Team Eindhoven has built Stella Vie in 2017. For the first time they have developed a 5-seater familly car on solar energy. With Stella Vie the team wants to show that is it possible to drive on solar energy with your entire family today! 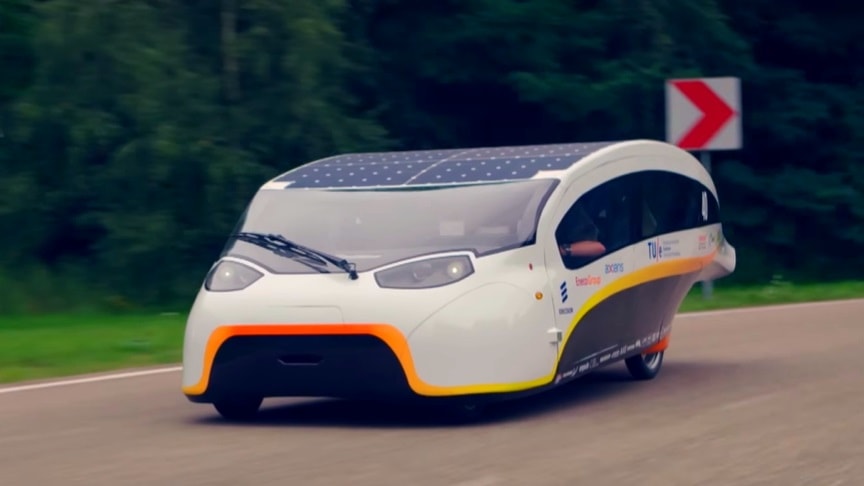 The vision for Stella was to build a family car that provided a balance between making an efficient car, and making a car which will stand the test of time.While designing the aerodynamic shell of Stella Vie, a perfect balance between aerodynamic and aesthetic design was pursued. 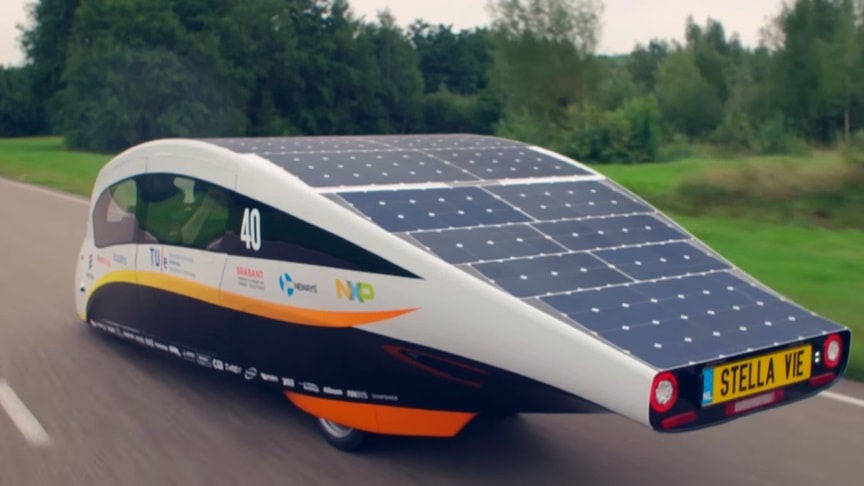 The result of this process yielded a car body which features some well known automotive design features whilst also being nine percent more aerodynamic than its predecessor,Stella Lux. Although Stella Vie has a smaller battery and a solar array that is one square meter smaller, it still achieves a range of a 1000 kilometers on a sunny summer day in the Netherlands.

The surplus energy generated by Vie can be supplied back to the house or electric grid. The smart charging and discharging system keeps track of energy prices and the user’s agenda in order to find the optimal time to charge or discharge. Stella Vie’s charging status can also easily be checked through its connection with a smart thermostat.

Through it’s updated solar navigator, which now takes height profile maps into account, Stella Vie finds the most efficient route and shows how much energy you will save compared to a standard, fossil fuel powered, car. When approaching the destination, Vie will offer parking assistance. If enabled, Vie’s built-in solar parking system will use height maps, weather data and a parking probability map to guide you to a free parking spot.via/read more: solarteameindhoven