The Strati is considered the first 3D printed car in the world.Strati is an electric car developed by Local Motors and manufactured in collaboration with Cincinnati Incorporated and Oak Ridge National Laboratory. 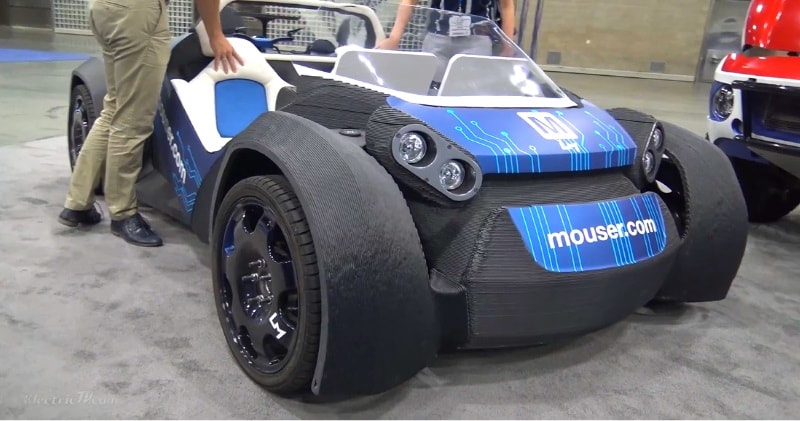 It is the world’s first electric car to heavily utilize 3D-printing during the production process. The car was manufactured using a Large Scale 3D Printer developed by ORNL and Cincinnati Inc.

The car took just 44 hours to print during the 2014 International Manufacturing Technology Show in Chicago, Illinois. The printing was followed by three days of milling and assembling, with the completed car first test-driven on September 13, 2014.

Strati is claimed to be the world’s first 3D-Printed electric car.”While the Strati is a small electric car, the company hopes to appeal to a wider audience by offering several different 3D-printed vehicles.