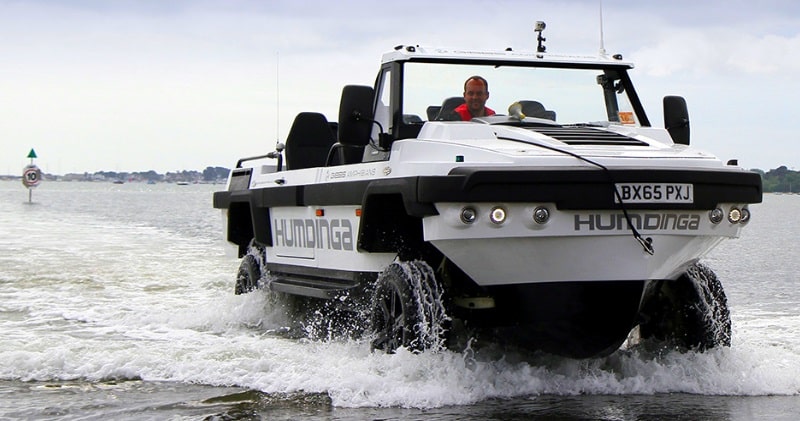 It also has the ability to transition between the two modes in seconds at the push of a button.The wheels retract, the power train switches from the wheels to a jet propulsion system and the vehicle is in amphibious mode.

At 7m long, it is available in 3 seater and 6 seater configurations making it ideal for personal or commercial use and effective in first responder situations where response times can be vital.

It may not be the world’s first aquatic vehicle but its speed, stature and flexibility make it an impressive standout – Humdinga by name, humdinger by nature. The Humdinga has robust on water and off road capabilities that allows it’s task, be it recreational, utility, rescue or otherwise, to be completed rapidly and efficiently.