The Rasa looks like a superstar’s car, but it’s for everybody.” Sustainable, profitable, disruptive – breaking the mould in every way.This is our new radically different prototype hydrogen powered car.  It has a range of 300 miles & gives the equivalent of c.250 mpg.” 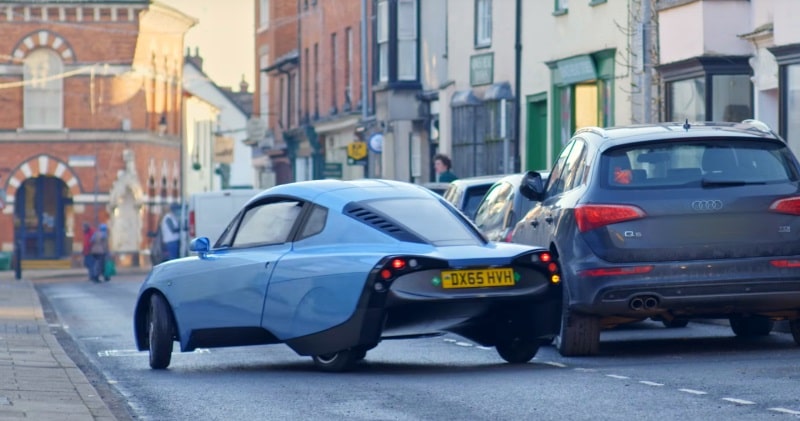 The Rasa is a two seater ‘network electric’ car, powered by a hydrogen fuel cell. The chassis is a carbon fibre monocoque made from very lightweight but extremely stiff carbon fibre composites. The monocoque chassis weighs less than 40kg.

The primary fuel source of the Rasa car is a hydrogen fuel cell. The car works by passing hydrogen through the fuel cell, where it combines with oxygen to form water and electricity to drive motors positioned in each of the four wheels.

The car consists of four electric motors, each one integrated into one of the car wheels allowing for a four wheel drive. The car is fitted with super capacitors that store this energy and make it available during car’s acceleration.

The Rasa is produced by an independent automaker in Wales called Riversimple. Riversimple is a uniquely different kind of automotive business. The people behind the scenes hail from F1, Aston Martin, Williams, Fiat, Jaguar Landrover and aerospace engineering backgrounds, and they all share a common goal – the ‘elimination of the environmental impact of personal transport.’