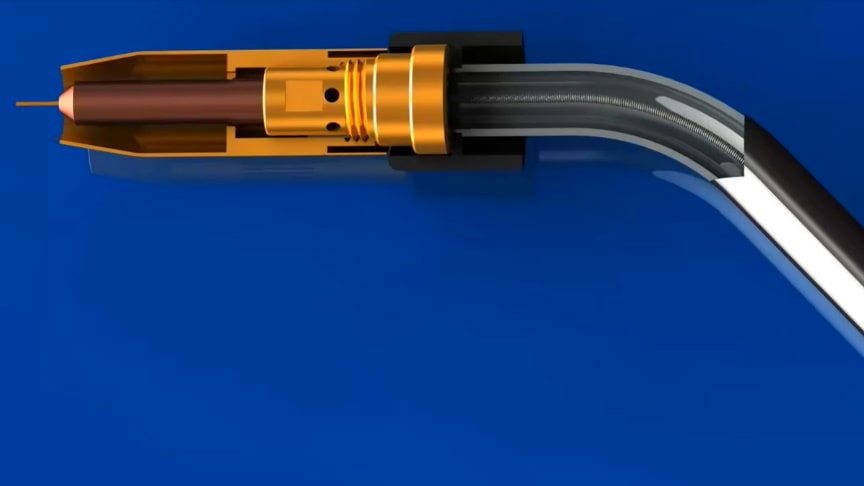 Along with the wire electrode, a shielding gas feeds through the welding gun, which shields the process from atmospheric contamination.A constant voltage, direct current power source is most commonly used with GMAW, but constant current systems, as well as alternating current, can be used.

There are four primary methods of metal transfer in GMAW, called globular, short-circuiting, spray, and pulsed-spray, each of which has distinct properties and corresponding advantages and limitations.

The typical GMAW welding gun has a number of key parts—a control switch, a contact tip, a power cable, a gas nozzle, an electrode conduit and liner, and a gas hose. The control switch, or trigger, when pressed by the operator, initiates the wire feed, electric power, and the shielding gas flow, causing an electric arc to be struck.