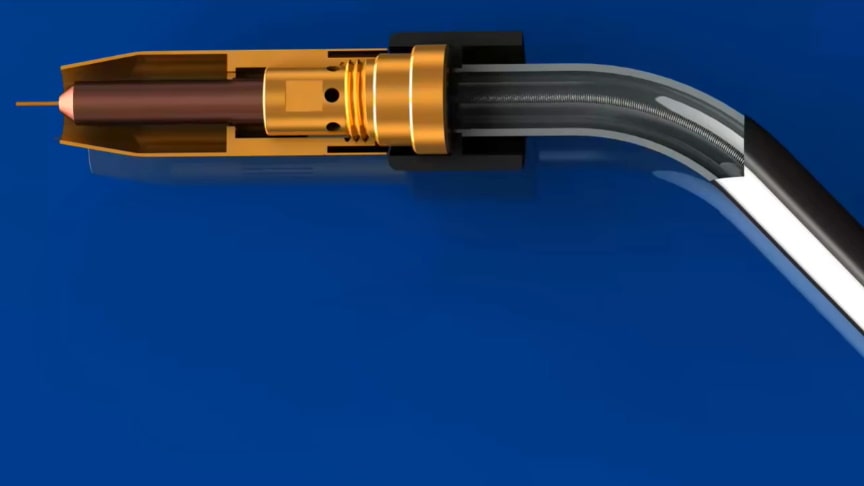 Along with the wire electrode, a shielding gas feeds through the welding gun, which shields the process from atmospheric contamination.This video is an introduction to the welding process known as MIG. MIG or (GMAW) is one of the most popular welding processes.Watch the video from WeldNotes.com for more infi:

The process can be semi-automatic or automatic. A constant voltage, direct current power source is most commonly used with GMAW, but constant current systems, as well as alternating current, can be used.

There are four primary methods of metal transfer in GMAW, called globular, short-circuiting, spray, and pulsed-spray, each of which has distinct properties and corresponding advantages and limitations./wikipedia