The MIT Autonomous Bicycle Project offers a new solution to current bicycle-sharing systems. The bike is ridden by the user as a normal bicycle and when a trip is complete, it transforms into a tricycle for lateral stability and it drives autonomously to its next user. 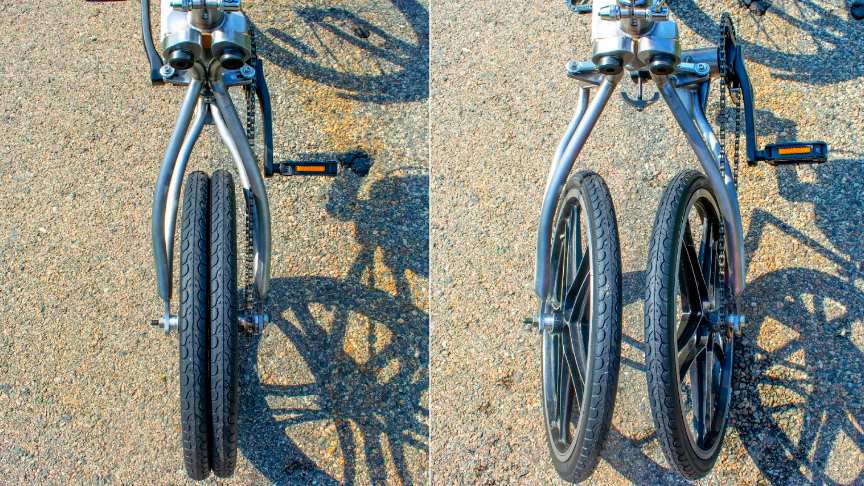 This addresses concerns with current systems including rebalancing and over-quantification of fleets. The current prototype is operated through a remote control – next steps include integrating the autonomy hardware and software.

To get into autonomous mode once you’re done with it, the bike becomes a trike.The rear wheel is actually two slimmer wheels joined by two linear actuators, which separate and bring them together. Two electric motors propel the bike when in autonomous mode: a hub motor up front and a second motor for steering.

The bike will autonomously ride to its next user or stop to power up at a charging station.Thanks to the GPS and the sensors that it has, two rear wheels are enabled, forming a kind of tricycle so that the bike reaches the bike autonomously to the person who requested it./City Science MIT