Multi-plate clutches work with several friction discs, unlike dry friction clutches used in most cars with manual transmissions where only one friction disc with two friction surfaces is used to transmit power from the engine to the transmission. 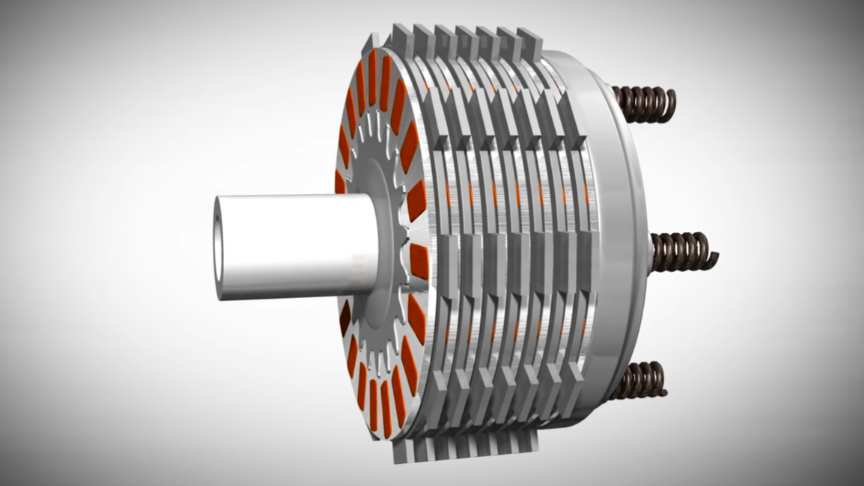 When the pedal is pressed the pressure plate rotates with the flywheel and It press against the friction plate. This forces the clutch plate and clutch shaft as well. Thus clutch shaft also stops rotating./Thomas Schwenke

The multiplate clutch transmits the power from one shaft to another shaft. One of them is the engine shaft and another one is the transmission shaft.Friction takes place in the engine by the clutch plates. This friction makes high torque.Pressure plates are plates mounted on a splined shaft so that they can slide back and forth.

Multiple friction discs having high coefficient of friction are bolted to pressure plates as well as mounted on the output shaft.The clutch pedal is connected to multiple levers to move the pressure plates backwards while spring is connected in series to expand back the position of platesThey can be found in motorcycles, in automatic transmissions and in some diesel locomotives with mechanical transmissions. It is also used in some electronically controlled all-wheel drive systems as well as in some transfer cases./Thomas Schwenke