Beskrivelse I build this 1 cylinder 2-stroke model engine 1987 to find out, how an engine with variable compression ratio would Work, and how much 2 opposite turning fly-Wheels would reduce the impuls vibrations, and at the same time, it was fun to build. Build by Find Hansen Denmark. 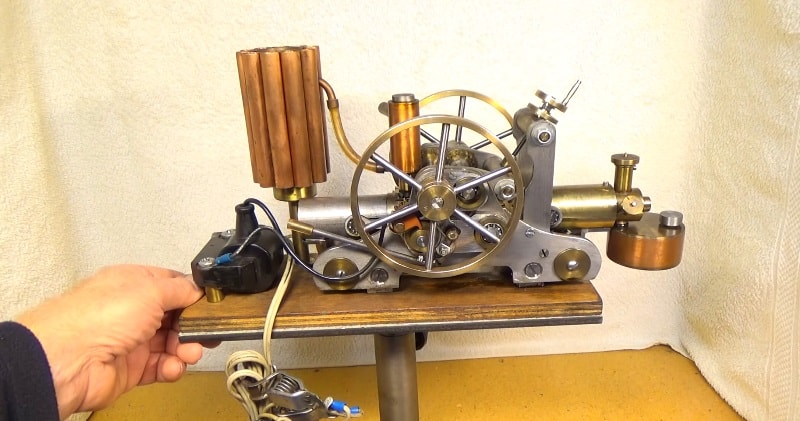 An opposed-piston engine is a reciprocating internal combustion engine in which each cylinder has a piston at both ends, and no cylinder head.With two pistons per cylinder, working in opposite reciprocating action, these engines do not need cylinder heads which are a major contributor to heat losses in conventional engines.

The intake ports at one end of the cylinder and exhaust ports at the other are opened by the piston motion and enable efficient uniflow air scavenging.

A two-stroke engine produces twice as many power strokes per revolution as its four-stroke equivalent.This advantage leads to smaller displacement engines for similar performance, and lower in-cylinder pressure to lower emissions compared to four-stroke conventional engines.