An axial compressor is a compressor that can continuously pressurize gases. It is a rotating, airfoil-based compressor in which the gas or working fluid principally flows parallel to the axis of rotation, or axially.//ArcturanMegadonkey 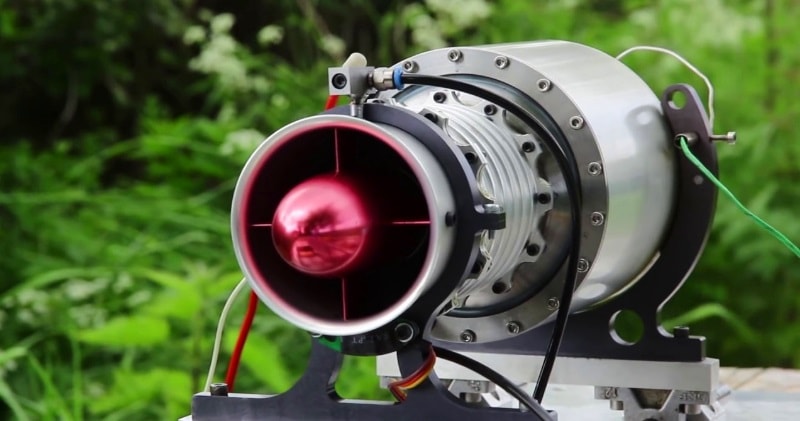 This is the first commercial model jet engine to feature an axial flow compressor, the compressor section is a 4 stage axial with a single stage axial turbine, this prototype was designed to prove that it could be done in model form.

It’s pretty incredible to see what kinds of miniaturized creations can come about when the creator really puts their mind to the task and gets to work with all of their energy.

This miniaturized jet engine claims to be the first axial flow design model engine in the entire world.The physical result that is left on the table is nothing short of amazing when this thing is fired up with a little bit of help and screams a somewhat satisfying sound.