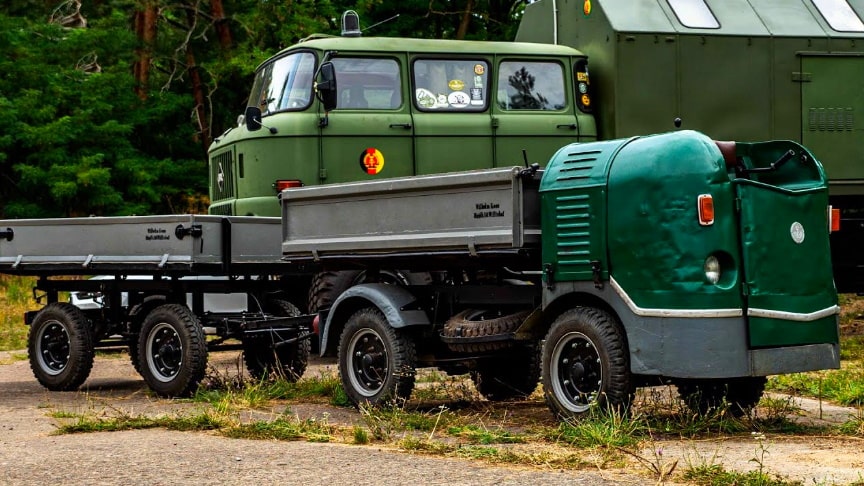 The chassis frame consists of two strong U-shaped side members. These are connected to each other by crossbeams. The driver’s cab, which houses all the vehicle’s controls, is attached to the front frame. Access is via a front door. The diesel engine is located behind sheet metal paneling directly behind the driver’s cab .The rear U-beam is stronger and the trailer hitch is located on it.Watch the video from OWS Berlin:

The one- cylinder , four- stroke diesel engine with a displacement of 650 cc had an output of 6 hp (4.4 kW) at 1500 rpm. The 1 H 65 engine type later found its way into the diesel ant. The engine type further developed by the Cunewalde engine plant now delivered 6.5 hp (4.8 kW) with the same technical data.

This made speeds of up to 15 km/h possible. The consumption was specified at the factory as 6.0 l/100 km. The tank capacity was 13 liters. The diesel ant and the Multicar M21 had a type K 4.5 single-disc dry clutch , which was operated from the driver’s cab using the right-hand lever. The power was transmitted to the gearbox by means of V-belts . The manual gearbox used had three forward gears and one reverse gear.