Let’s take a first look at the brand new Aston Martin Valkyrie Spider! Making its global debut at Pebble Beach, there will be 85 units in total of the roofless hypercar and we can take a look at the changes including the new doors and how to install plus remove the roof pieces. 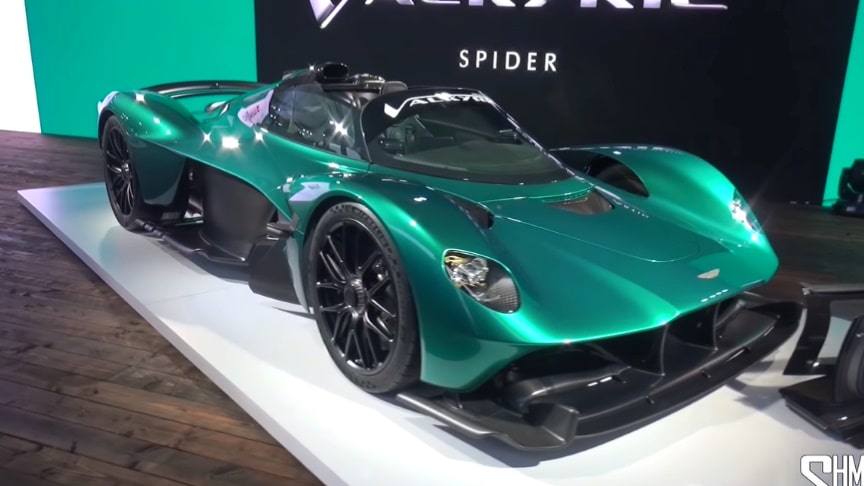 Valkyrie now splits into three models; 150 units the original Valkyrie Coupe, 40 units of the Valkyrie AMR Pro race car version, and 85 units now of the Valkyrie Spider; with the latter going into production following the completion of the fixed roof version in late 2022. For the Spider, it remains largely unchanged and retains the 6.5l NA V12 with hybrid system for a total output of 1,160hp and offering the most extreme road car experience of any vehicle to date.

The process of removing the roof has not been so simple; the gullwing doors have to go and are replaced by a set of front-pivoting dihedral doors instead. The roof is quite a clever system with a lightweight carbon panel that mounts into the centre before incorporating two side panels that fold open to enable access to and from the car considering the very slender apertures.

After taking a walkaround to see how the car looks, let’s demonstrate the roof mechanism itself, before finally I take a seat inside to imagine what it must be like to drive in the Valkyrie Spider!//Shmee150