Sometimes unfortunately the fancier and rarer motorcycles end up relegated to a plinth in a garage, only seeing the tarmac now and again for a special outing.Not this one though. James from Superior Motorcycle Experiences is a firm believer that this is wrong and takes every opportunity to put these bikes through their paces.//Bike Shed Motorcycle Club 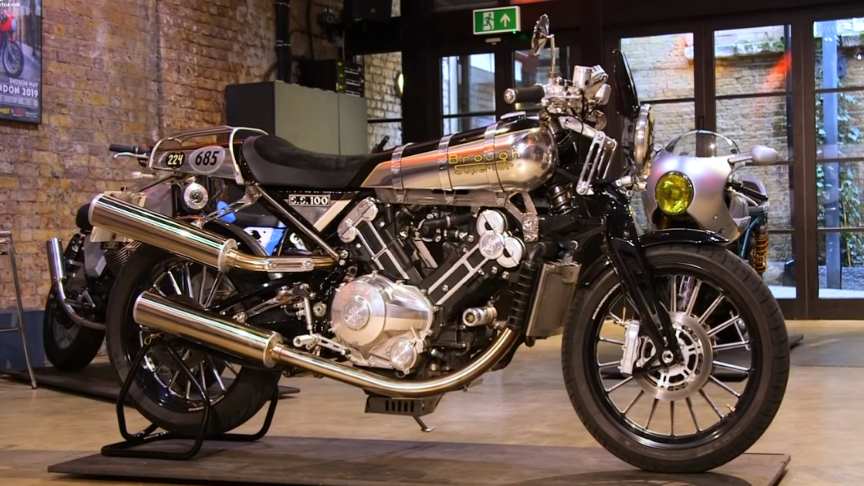 Whether it’s racing it at Bike Shed festival (and in doing so getting a bit carried away and grinding down the header pipes on the tarmac!), hill climbing it at Goodwood Festival of Speed or taking people and their fleet of six SS100’s around the Pyrenees on one of their bespoke premium motorcycle tours, he says this bike is made of so much more than what most people think they’re capable of. Watch the video from Bike Shed Motorcycle Club for more info:

The motorcycle is powered by a 997cc water-cooled V-twin engine that produces 120 horsepower work on the engine has been done by Akira Engineering the same company that builds the factory Kawasaki engines.

We don’t see many of these bikes at the shed, probably for that reason, so when he came down on his, we had a poke around and asked him to tell us more. From clever cantilever front shock, floating quad disc brakes or beautiful CNC machined parts throughout, there’s lots to appreciate on this bike.The bike will also be with us on display over the winter period so come down and take a look for yourself.via/read more: Bike Shed Motorcycle Club