This bike in the heavy weight class bears its old paint with honorable signs of use of the last decades. The huge and reliable engine with SUM carburetor produces with its 745cc enough torque at each rotation speed. 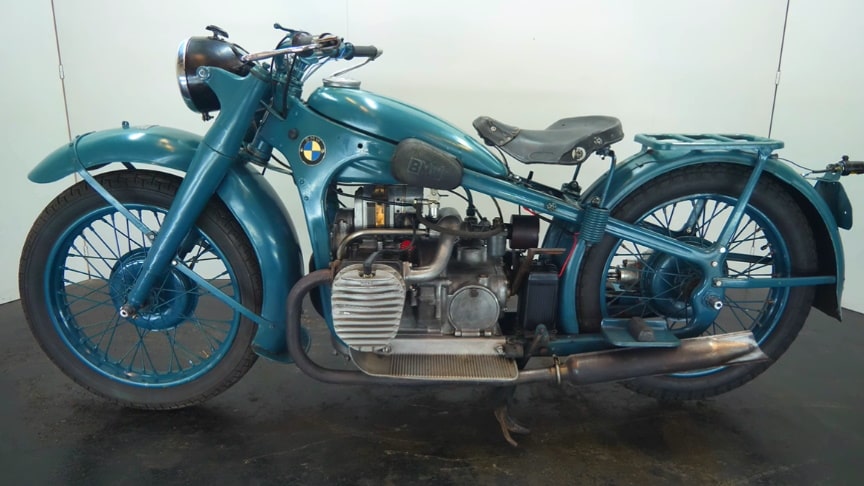 Launched at the Paris Show in 1923, and the first motorcycle to be sold as a BMW, the R32 featured a 494cc, twin-cylinder, sidevalve engine having horizontally opposed cylinders, and this ‘flat twin’ layout would forever be associated with the marque. Setting a pattern that endures to this day, BMW’s first motorcycle was relatively expensive but superbly engineered and constructed, while the quality of finish was of the highest order.

It was an immediate success. In 1930 BMW broke fresh ground with the launch of the pressed-steel-framed R11, and followed that up in 1935 with the introduction of a hydraulically-damped telescopic front fork on the R12, the first time such a device had been seen on a mass-produced motorcycle.

Also notable as the first BMW motorcycle to have a four-speed gearbox, the R12 was a huge success with approximately 36.000 produced up to 1938, and was used by the Wehrmacht in the war’s early years before the introduction of the purpose-built military R75.//classic-motorcycle.com