The Puch 250 SGS is a motorcycle that was manufactured by the Austrian Steyr Daimler Puch AG’s Puch division in Thondorf near Graz. The motorcycle is powered by a split-single two-stroke engine two pistons sharing a single combustion chamber. 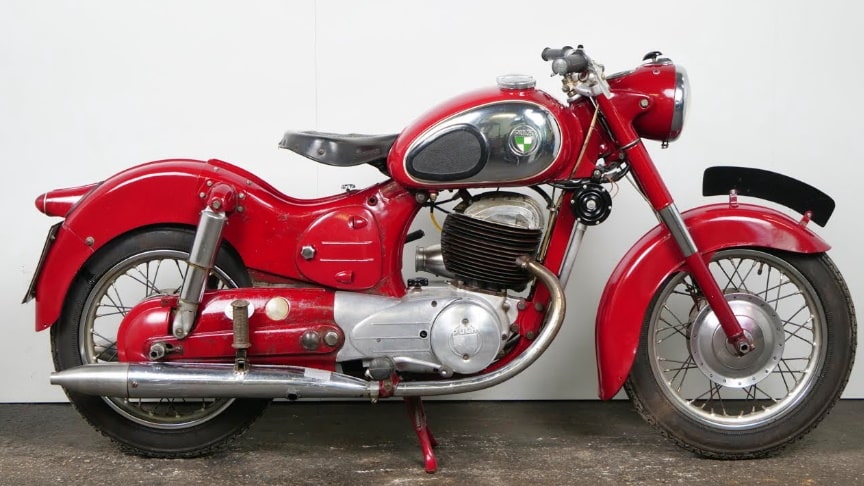 It was marketed in the United States by Sears as the “Allstate 250” or “Twingle”, with the model number SR 250, and sold primarily via the Sears catalog.It was a common “first motorcycle” for many riders.

A total of 38,584 Puch 250 SGS motorcycles were produced between its launch on October 1, 1953 and end of production in 1969, with its final year of sale in 1970.This bike has been restored years ago but nevertheless it runs like the first day.

After WW2 Puch built two-strokes only, commencing with split-singles in 125, 150, 175 and 250cc capacities built in both tourer and sport guises. Cycle parts were conventional for the time and featured plunger rear suspension and twin ‘swing’ saddles. Updated in 1954 with revised engine and a swinging-arm frame, Puch’s split-single range remained in production well into the 1960s.