The Aston Martin Bulldog, styled by William Towns, is a British, one-off concept vehicle produced by Aston Martin in 1979. The code name for the project was DP K901. 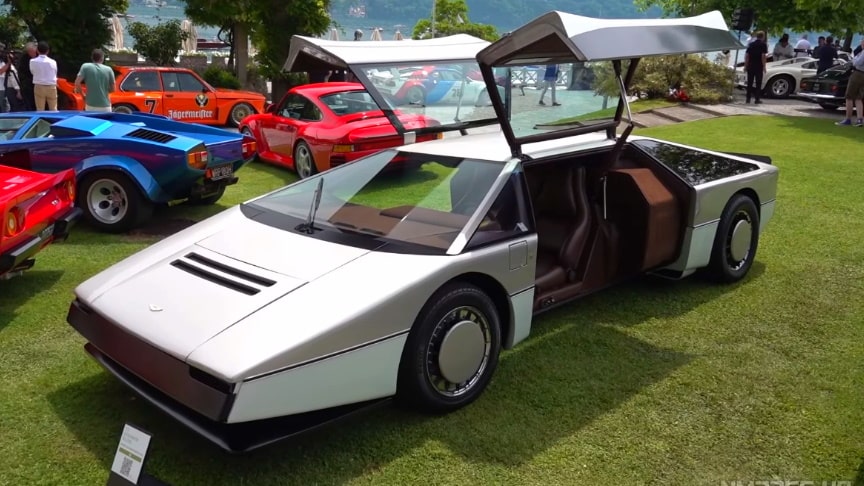 Initially, a production run of 15–25 cars was planned, but the project was deemed too costly and only one was built.The car sounds amazing with its 5.3 liter V8 engine!

The Bulldog is powered by a 5.3L V8 engine with twin Garrett turbochargers that produces 600 bhp the engine was capable of 700 bhp on the test bed—and 500 lb⋅ft (678 N⋅m) maximum torque.

When it came out, Aston Martin claimed the car was capable of 237 mph (381 km/h), but the fastest speed the car was recorded doing 191 mph (307 km/h) during a test run at the Motor Industry Research Association track in late 1979.The wedge-shaped design gave the Bulldog a drag coefficient of 0.34./NM2255 Car HD Videos