A new open-source, artificially intelligent prosthetic leg designed by University of Michigan and Shirley Ryan AbilityLab researchers is now available to the scientific community. Opensourceleg.com has been created to offer a united platform to combine and accelerate research efforts across the bionics field. 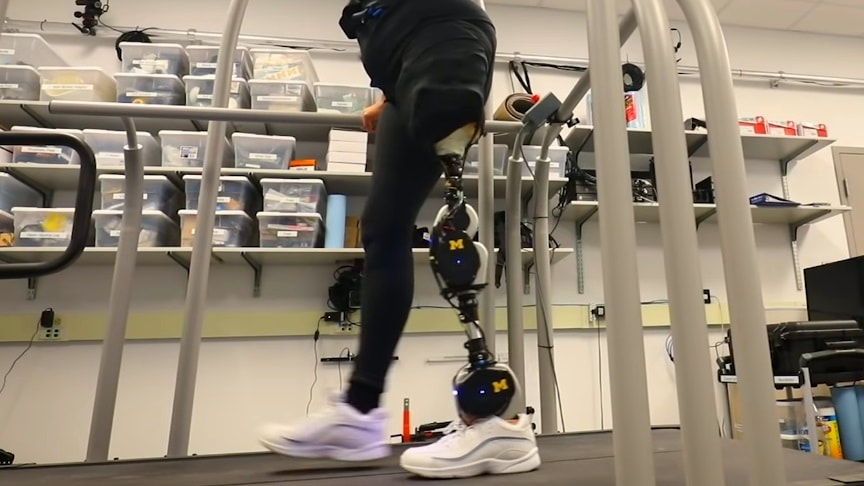 Researchers who work directly with people with disabilities often have to build their own robotic leg system. Instead of starting from scratch, these researchers can take this common platform and, after some assembly, begin working on better solutions to help people with mobility impairments.Watch the video from Michigan Engineering for more info:

This common platform enables direct comparisons of new algorithms used to control the bionic leg, which researchers can then iterate and build upon.

While many open source prosthetics projects exist for the upper body, this is the first platform for the lower extremities. Research in lower limb bionics has traditionally lagged that of the upper limb prosthetics, primarily due to the high risk to maintain balance and support a patient’s entire body.