Plasma is electrically charged and is deflected by magnetic fields, so it is possible to divert the flow by approaching a magnet.The effect obtained with a ring magnet is amazing and with slow motion you get details that are invisible to the naked eye. 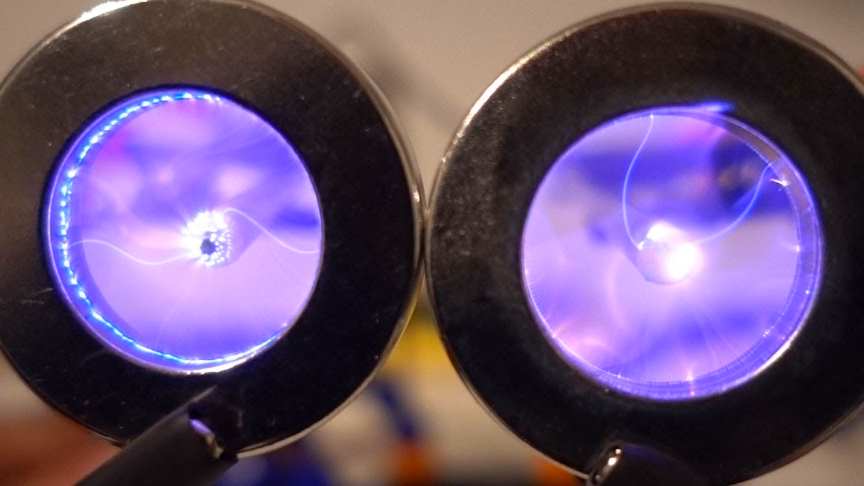 Plasma can be artificially generated by heating or subjecting a neutral gas to a strong electromagnetic field to the point where an ionized gaseous substance becomes increasingly electrically conductive. The resulting charged ions and electrons become influenced by long-range electromagnetic fields, making the plasma dynamics more sensitive to these fields than a neutral gas.

Had you ever seen a double vortex of plasma? not me 🙂 , some say that this reminds the Nather portal in Minecraft.Finally I found the right driver to do this experiment, it is a flyback with a ZVS driver, the plasma flow has a voltage of 20000 volts.

This video demonstrates how a magnetic field affects the charged particles in a plasma arc. Plasma actually does make a functional force field. To make the vortex, the spark gap is swapped out for an electrode placed in the centre of a ring magnet. Dont try this at home, this experiment is done by a professional in a controlled environment.