The new PLATIO solar pavers have arrived! Thanks to the developments, PLATIO is easier to transport and install, as the tile is made up of only one part, it became lighter and due to the new spacer system more modular. 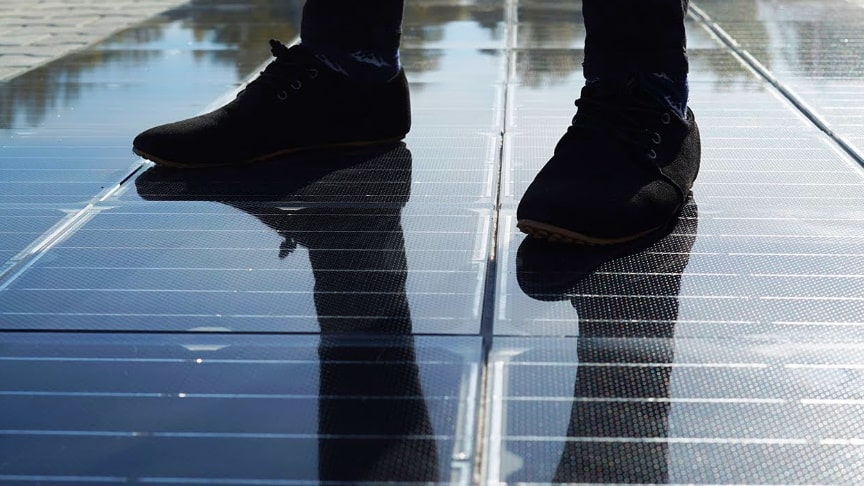 The units are made of recycled plastic and equipped with high-performance solar cells. The generated electricity can be used to operate nearby devices of public places independently from the grid. Learn more about this innovative, green building material!You are only one step away from a sustainable, greener future!

The aim is to integrate progressive and environmentally friendly technologies on the level of the paving, thus contributing to the energy independence and sustainability of future cities.

The solar cells are protected by heavy-duty, anti-slip, scratch and impact-resistant glass panels. The load-bearing capacity of the walk-on solar panel surface and the protection of the cables is provided by a robust frame structure.

The polycrystalline version of the cell has a nominal power of 158 W per square meter and an efficiency of 18.6%. The monocrystalline version has power output of 186 W per square meter and a 22.0% cell efficiency.PLATIO is user-friendly and requires a maintenance similar to traditional pavements. It is easier to maintain than traditional roof-mounted solar panels./platiosolar