My hut burned down after I left a fire untended in it. I needed a new one quickly. Fortunately I had already cleared a new spot earlier in the wet season for such a purpose. I constructed the new hut from wood and palm thatch. 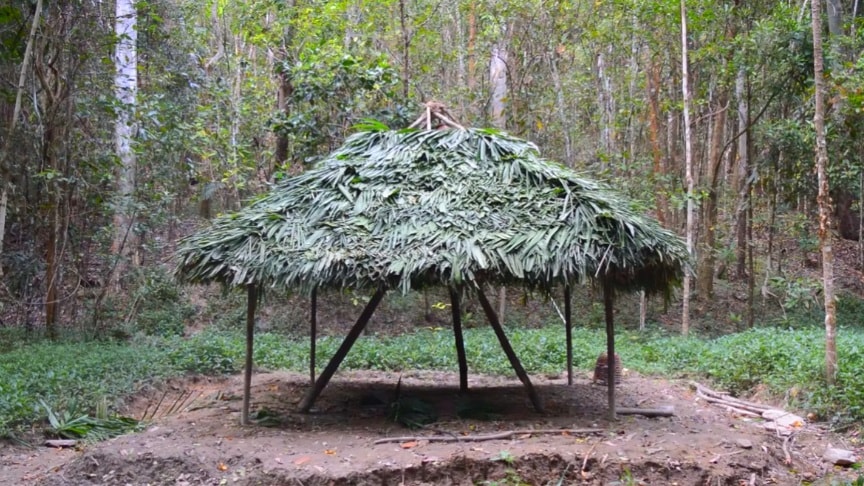 It was 3 x 3m in floor plan and a total of 3m high with 1.5m high side walls. 4 posts were put into the ground and a pyramidal roof was built on top of this. The frame was then thatched with palm fronds (which are less flammable than grass thatch but don’t tend to last as long in wet weather).

After finishing the hut I collected the possessions from the last hut and moved them into the new one. Yams from the garden were dug up but there weren’t many due to the soil being compacted and low in organic matter.

A yam was cooked by wrapping it in clay and baking it in the hot coals for 30 minutes. Now I have a larger hut where I can continue to make projects despite the minor set back that has just occurred.