Angelito “Ange” Gujeldi is what is known as a nest gatherer. Following in the footsteps of his father and his grandfather. 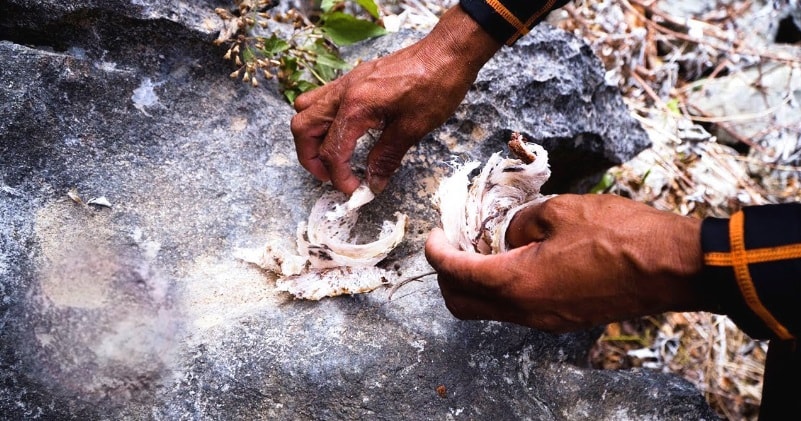 Ange climbs jagged rock faces and ventures into caves nestled in the rocks of Nabat, an island in the Philippines, to collect nests spun from the saliva of swiftlet birds. Watch the video from Great Big Story for more info:

It’s dangerous work, but it pays well. Really well. And that’s because people are willing to spend a lot of money to eat the nutritious soup that can be made out of these bird’s nests.

Bird’s nest soup is not only a delicacy but a medicinal concoction, believed to aid digestion, strengthen the immune system. Most Filipinos don’t eat it; it’s mainly a dish they prepare for curious tourists who’ve likely heard about it.