A ‘wheeled robot’ with a wheel at each corner, steered with a joystick or by remote control, and with numerous pairs of cameras that survey the surrounding environment with their stereo views — the ROboMObil, or ROMO, incorporates technology that the DLR Robotics and Mechatronics Center uses in their robots like ‘Space-Justin’ and their rover. 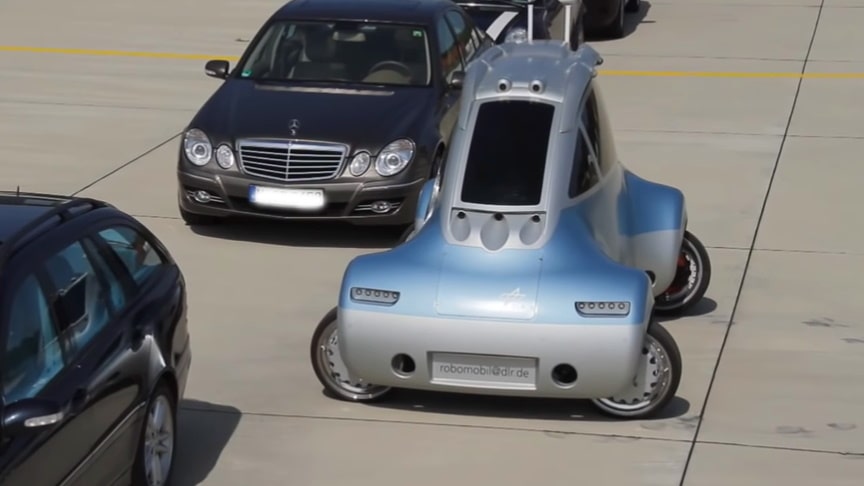 This time, however, the result is for use on the ground. Propulsion, steering, shock absorbers and brakes are incorporated into each of the four wheel units.

Coordination of the wheeled robot is done using an intelligent central control. Using individually steered wheels, ROMO is able to move in a crab-like fashion, travelling diagonally and sideways as well as turning on the spot.

A total of eight stereo cameras allow 360-degree 3D viewing. ROMO can travel autonomously, without a driver; the cameras and computer then select the optimal route and driving characteristics.