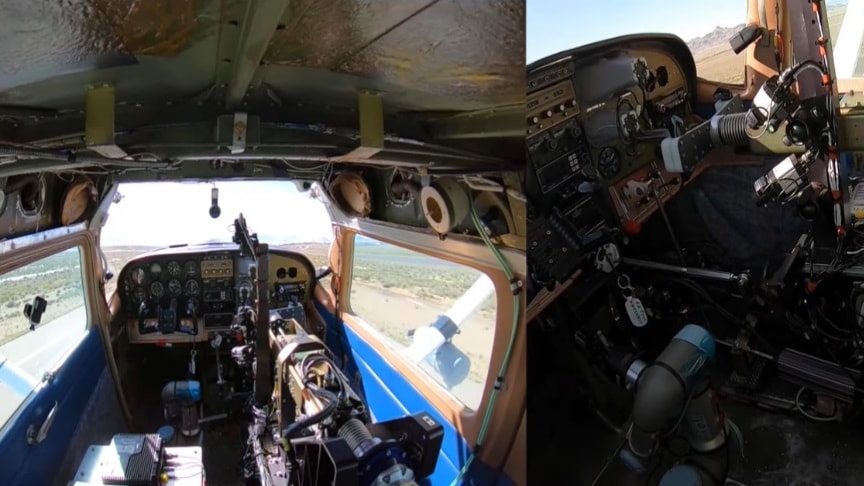 During a test at Dugway Proving Ground in Utah, a team of engineers installed ROBOpilot in a Cessna 206. The system “grabs” the yoke, pushes on the rudders and brakes, controls the throttle, flips the appropriate switches and reads the dashboard gauges the same way a pilot does.

At the same time, the system uses sensors, like GPS and an Inertial Measurement Unit, for situational awareness and information gathering. A computer analyzes these details to make decisions on how to best control the flight.

ROBOpilot also boasts a simple installation process. Users remove the pilot’s seat and install a frame in its place, which contains all the equipment necessary to control the aircraft including actuators, electronics, cameras, power systems and a robotic arm.