Ben Kaiser’s 359 house can be rotated by just one person- or two kids- pushing a bar and walking around it. It’s what he calls the logical union of the small house movement and energy consciousness. At just 12 foot square, or 144 square feet, his rotating house can follow the sun for warmth, and on cloudy or particularly cold days, it can be heated with just a 110 Volt heater. 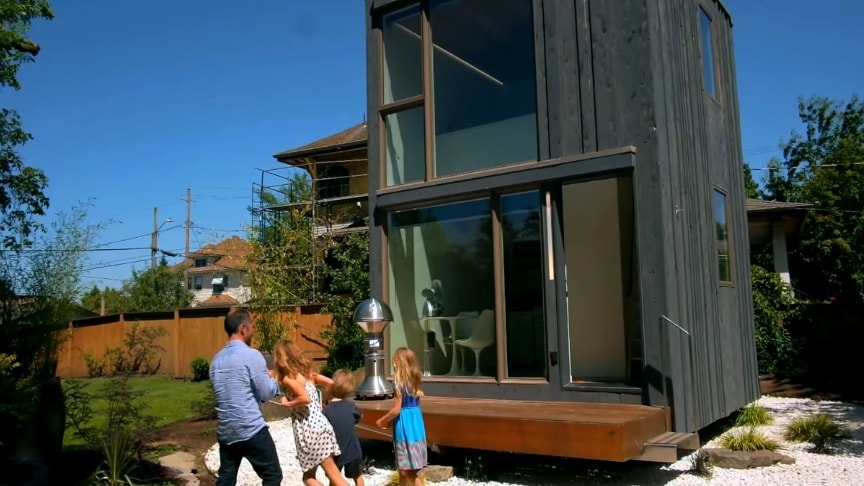 359 falls short of full 360 degree rotation in order to avoid tangling electrical and water lines. The Portland house is fully plumbed and wired, but Kaiser sees the home’s ideal state as off-grid: “All you need is a garden hose hook-up and the house is ready to go,” he writes. The off-grid version would cost about $90,000, but that could even come down if these were mass produced. 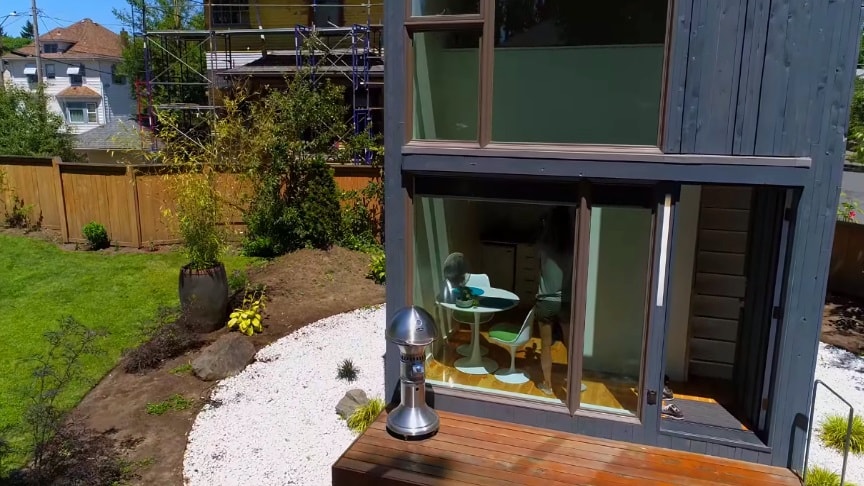 “But 12 by 12 the whole idea, you can actually put a crane on this so it’s all built to actually be picked up and moved. So 12 feet is the maximum width of shipping, trucking in the country so this would fit and not be over cost for trucking across the country.”

While the current home cost is permanently hooked up in Portland- the owners use it as a guest house and a nightly rental (the windows can be turned away from their main home when rented)- Kaiser sees the 359 as an ideal solution to city’s homeless problems.

“The original idea was that these were made in a warehouse and I think it would be fantastic to make 30 of them and put them in a field on city-owned property and have very affordable affordable housing.When you do a pre-manufactured thing you could just order 100 of them, 20 of them, and the cost is always just fixed and they’re built inside so all you’ve got to do is do the sewer hookups and drop the pre-permitted things on the site, so I think you could do it way less than a new project every time.”