In 2015, Airbnb cofounder Joe Gebbia wanted a backyard house, but couldn’t find anything he liked, so he decided to get into the business of creating and selling ADUs. Seven years later, he has launched Backyard, an off-grid steel prefab that comes in 5 colors and 2 sizes (a 430-square-foot studio and a 550-square-foot one-bedroom). 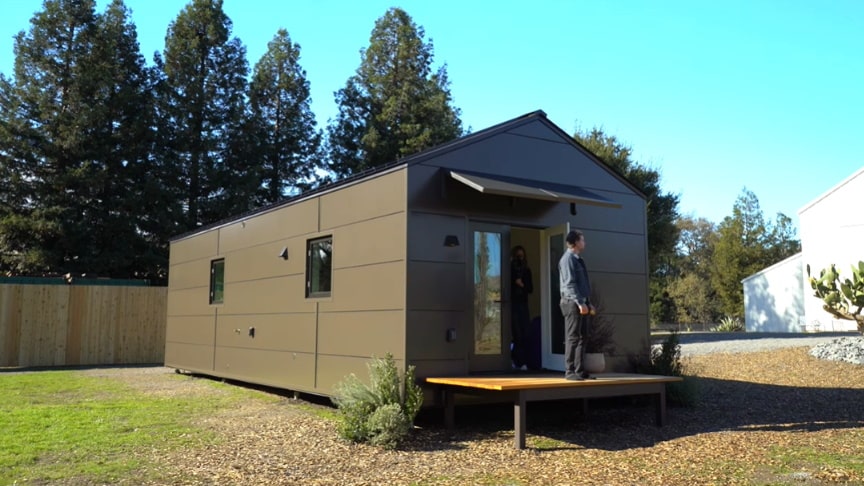 Gebbia “stepped aside” from Airbnb this past summer, but while still there, he started an innovation team to “think of the next big ideas.” “One of those ideas was based around us hearing from hosts that they wanted to be part of Airbnb, but they didn’t have space in their home, but they had room in their backyard,” he explained to us this week. “And while I’m hearing this feedback from hosts over the years, I myself, at one point, looked for a beautifully designed ADU for my own personal use, and I didn’t see anything, and it planted a tiny seed in my mind.”

That in-house innovation team is now its own company, Samara (co-run by Gebbia), and they are launching in California, the state at the forefront of ADU laws making it easier for homeowners to add backyard homes to their property. Gebbia says Samara wants to make things even easier by handling the entire process, from surveys and permits to installation. As more and more states pass laws facilitating ADUs, Gebbia argues, “I think it’s becoming someone’s right to have an ADU in the backyard.”

They have dropped their first Backyard unit on the Eames Ranch in Petaluma, California, where Gebbia and the famed designers’ granddaughter Llisa Demetrios launched the Eames Institute for Infinite Curiosity. Gebbia first discovered the Eames’ work in design school and hopes his new venture will be “something that Charles and Ray would be proud of, something that found the form and function intersection.”