Seraph is a 12-rotor British electric flying taxi that can carry passengers and goods weighing up to 250 kilograms at speeds up to 50 mph (80kmh). 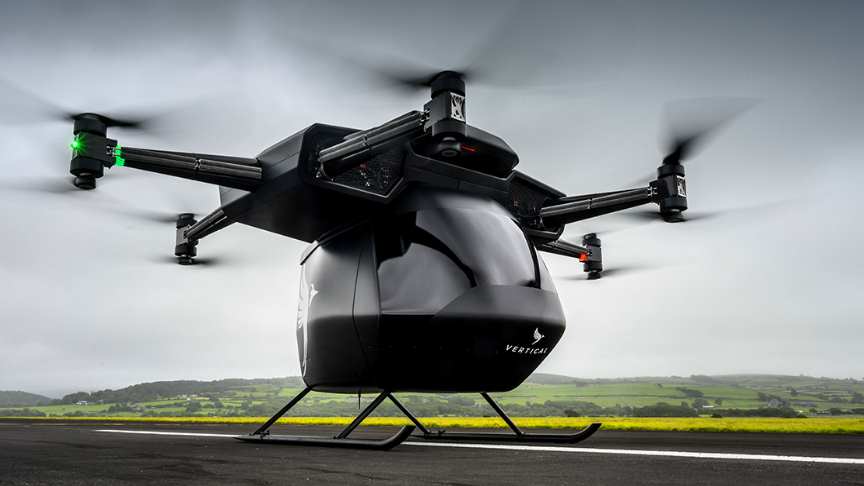 The Seraph was built to test new technologies and systems for integration into our upcoming passenger model, due to be unveiled next year. With the Seraph we became the first company in the world to release flight footage of an eVTOL aircraft capable of carrying 250kg.

The Seraph’s body has a central fuselage with six pairs of counter-rotating props mounted on arms extending from the roof of the aircraft used for lift and control. In addition the remarkable payload capacity, the Seraph is one of the sleekest looking designs in development, taking inspiration from Formula One racing technology.

The aircraft is capable of carrying loads of up to 250kg and can reach speeds of up to 80kmph. It features a unique passive cooling system, and a customisable design, meaning the aircraft can be made larger or smaller, fitted with wheels or floats to facilitate water landings.via/read more: vertical-aerospace