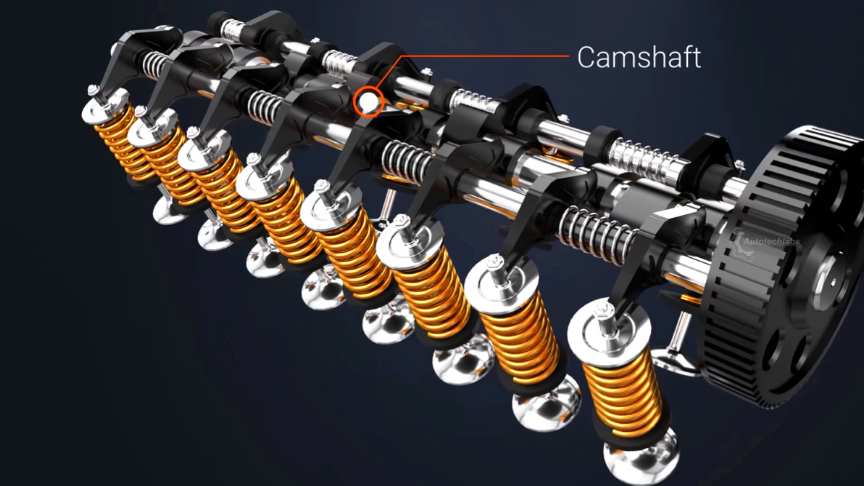 If you are an automotive enthusiast, then you might have heard the terms SOHC and DOHC at some point. This presentation demonstrates the difference between both these engine head configurations and their working principles. Watch the video from Autotechlabs for more info:

A double overhead camshaft (DOHC or “twin-cam”) engine has two camshafts per bank of the cylinder head,one for the intake valves and the other for the exhaust valves. Therefore there are two camshafts for a straight engine and a total of four camshafts for a V engine or a flat engine./wikipedia