There is a train track in the middle of a freeway in California, the Freeway is called Interstate 10 and the train is the Santa Fe 3751 Steam Train, built in 1927. 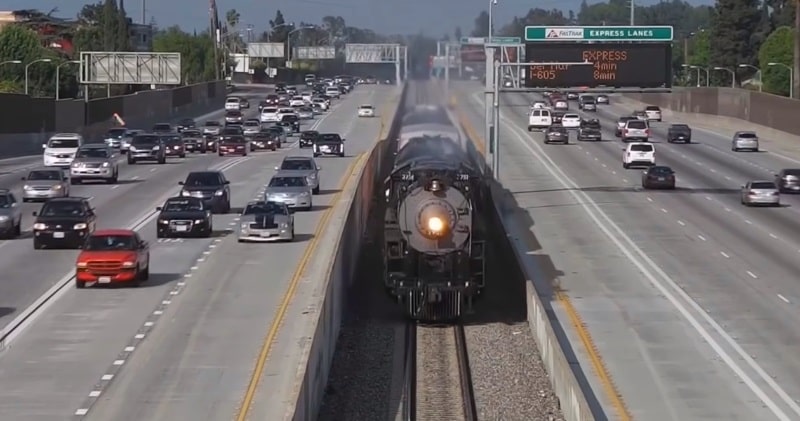 After researching this topic is seems fairly common in America for putting rail lines in Highway medians, down middle of freeways or even down the main streets on a small town.

But I still found it interesting as it looks so close to the cars on the Freeway.Atchison, Topeka & Santa Fe 3751 is a 4-8-4 “Northern” type steam locomotive built in 1927 by the Baldwin Locomotive Works for the Atchison, Topeka and Santa Fe Railway.

Built as the first Northern type steam locomotive for the Santa Fe, the 3751 served in passenger duties until being retired in 1953. The locomotive was then placed on display in San Bernardino, California until it was restored to operating condition in 1986.