The Crazy Rocketman out in the desert doing a test run on his new Steampunk style jet bike.This is another video of Robert Crazy Rocketman Maddox , this time testing his new ‘steampunk’ jet powered bicycle. 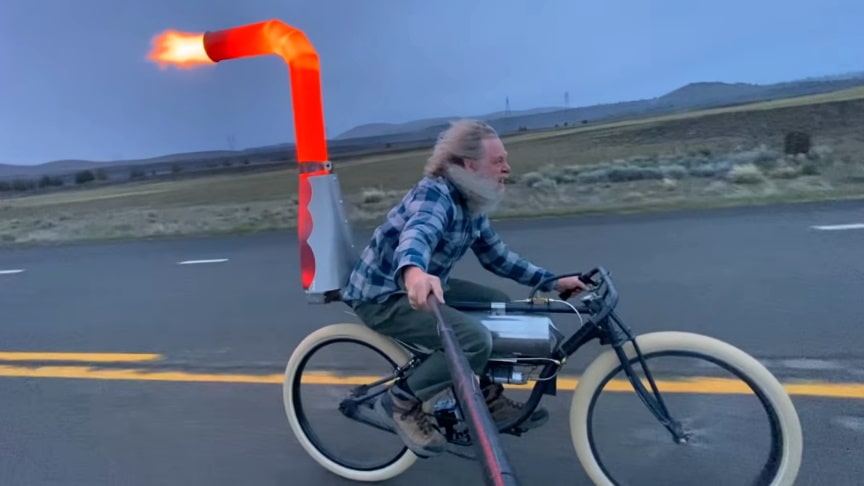 The whole motorcycle is stock, with no changes whatsoever except for the pulse jet engine strapped behind with its exhaust extending over the rider’s head.

This jet bike doesn’t blast off into the horizon at crazy speeds. Instead, it keeps going at fairly legal speeds.Maddox plans to bolt on two such engines on the motorcycle, which should help the bike cross 60mph.

This motorcycle runs on pulse jet engine,a pulsejet engine (or pulse jet) is a type of jet engine in which combustion occurs in pulses. This one is a valved or traditional pulsejet engine, and it has a set of one-way valves through which the incoming air passes. When the air-fuel is ignited, these valves slam shut, which means that the hot gases can only leave through the engine’s tailpipe, thus creating forward thrust./Robert Maddox