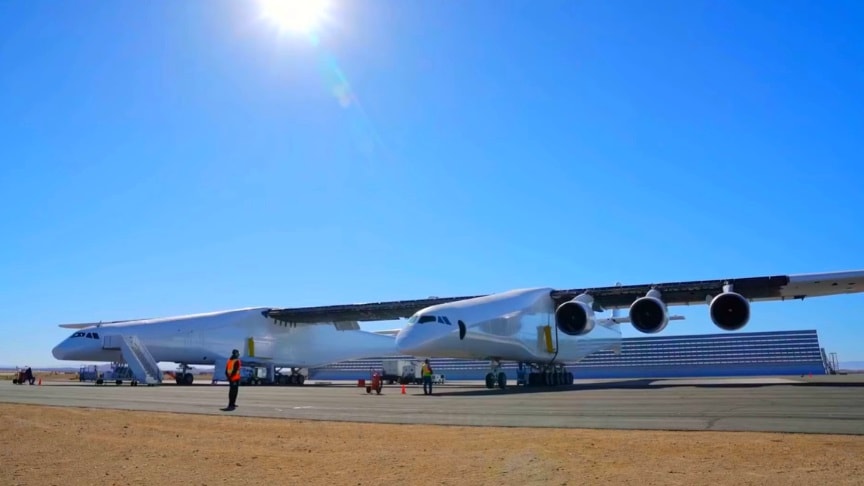 Stratolaunch has dual fuselages, an all-composite design and has a wingspan greater than the length of an American football field. Stratolaunch describes its vessel as the “world’s largest plane” but there are aircraft which are longer from nose to tail.

Stratolaunch is designed to act as a flying launch pad for satellites, it aims to make access to orbit more affordable and accessible, by launching satellites into space from the aircraft, rather than from the ground using rockets.The idea is to fly the plane up to about 32,000 feet high, once at cruising altitude, the rocket’s engines would ignite, carrying it and its satellite cargo the rest of the way into space, and then releasing the satellite into orbit.

The benefit of this system, is only a select few facilities, like the Kennedy Space Center in Florida, can handle rocket launches, which means tight competition for scheduling, and long wait times.But airplanes can take off from almost any runway, which gives greater flexibility, and eventually, will allow for quick turnaround between launches, which Stratolaunch hopes will give it’s aircraft a competitive edge for those wishing to launch satellites into orbit.via: Wonder World