The Deora made its public debut at the 1967 Detroit Autorama and won the prestigious Ridler award that recognizes the skill and creativity of custom cars and their builders within the industry. 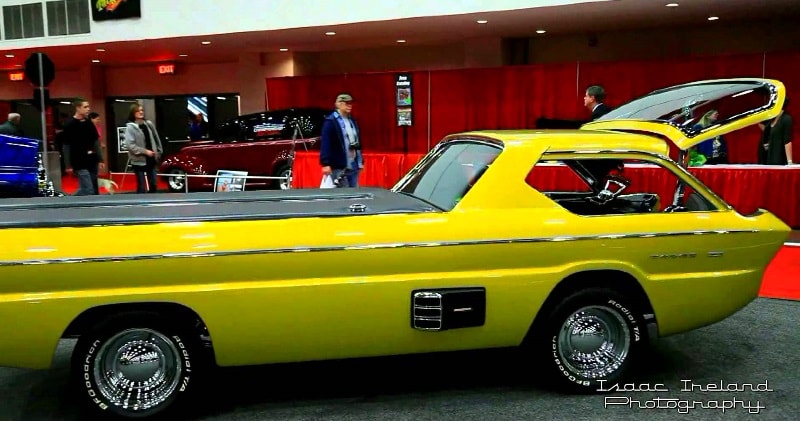 Based on a 1965 Dodge A100 compact pickup truck, the Deora was heavily modified by a Detroit-based custom house run by two brothers Mike and Larry Alexander. The A100’s roofline was chopped, while the body was sectioned and channeled.

The A100’s roofline was chopped, while the body was sectioned and channeled.It was powered with a basically stock slant-six engine and a three-speed manual transmission.

The slant six engine and 3-speed manual transmission were moved rearward 15 inches, out of the cab and into the bed and covered by the hard tonneau. Entry into the gold-painted custom is achieved by lifting up the windshield, allowing the driver/passenger access into the car through the front of the cab.