The Alpha Centauri Hydroplane from Alphaboats is powered by a 9.5-liter Chevy V8 engine, this sharp vessel combines the luxury of a super-yacht with the speed of a hydroplane race-boat. 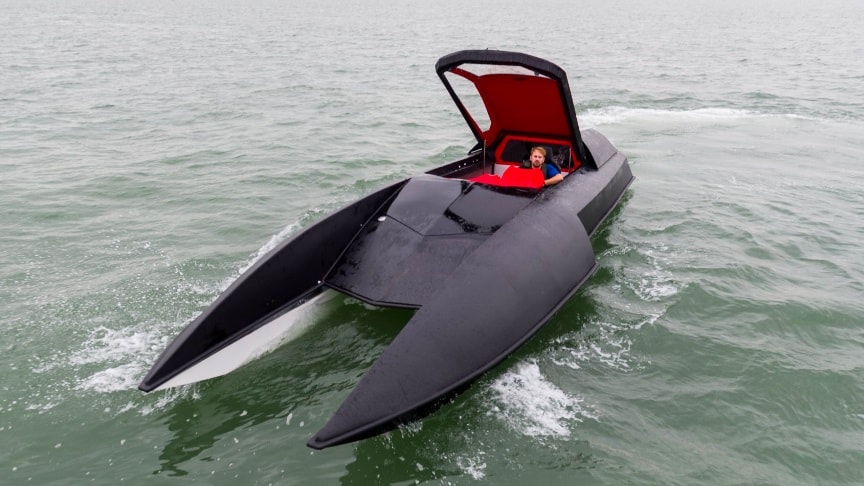 The Alpha Centauri is loaded with 750 horsepower which, when properly applied, will get you carving across any liquid surface at speeds up to 60 knots, that’s roughly 69 mph.”Expensive, Terrifying, Beautiful” – Alpha-Centauri Luxury Hydroplanes at the Southampton Boat Show. Video by Royal Yachting Association – RYA

The Alpha Centauri is actually built with a stainless steel frame wrapped in a lightweight composite shell, giving it a total displacement of only 1,650 kgs – shockingly light for an 8.3 meter high-tech power-yacht.

Capable of reaching some mighty impressive speeds, in excess of 60 knots and is also coupled to a Scott twin-stage sprint jet. yhe Alpha Centauri Luxury Hydroplane is clearly no slouch and for those of you that love speed and adventure.

The 27 foot, 2 inch matte-black vessel looks like it should belong to Batman.Inside, you’ll find a booming sound system and Raymarine navigation, while the exterior boasts a stainless steel frame wrapped in a lightweight composite shell.