This is the brand new Bugatti Centodieci and the very first opportunity to see it in person at the world debut! With the covers coming back at the Quail, only 10 will be built at a cost of $9 million plus taxes each, all of which are sold out. Join me to take a look at the brand new car! 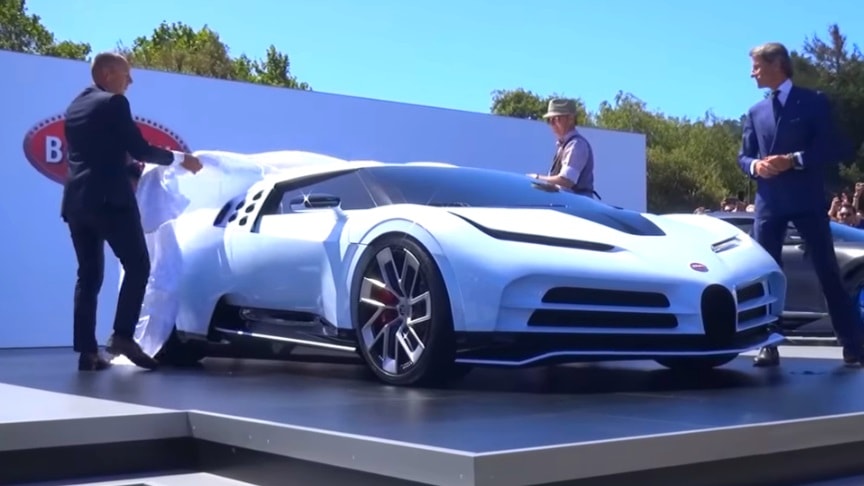 Named literally “Hundred Ten” in Italian, the Centodieci pays tribute to the period of Bugatti’s history under Romano Artioli and the EB110 – itself named when launched on what would have been Ettore Bugatti’s 110th birthday. As Bugatti themselves now celebrate their 110th anniversary year, the new car is presented based on the chassis of the Bugatti Chiron but with bespoke bodywork paying tribute to the EB110.//Shmee150

As per last year with the Bugatti Divo, the Quail Motorsports Gathering plays host to the launch of Bugatti’s newest introduction and we can see the covers coming back before exploring it in details, as well as taking a look at various models of the EB110 that are also in attendance./Shmee150