This is the brand new Lamborghini Sian and the very first opportunity to see it in person! Only 63 units will be built of Lamborghini’s newest hypercar, and their first production hybrid vehicle, at a price tag of €2,010,000 plus taxes each, all of which are sold out. Join me to take a look at the brand new car! 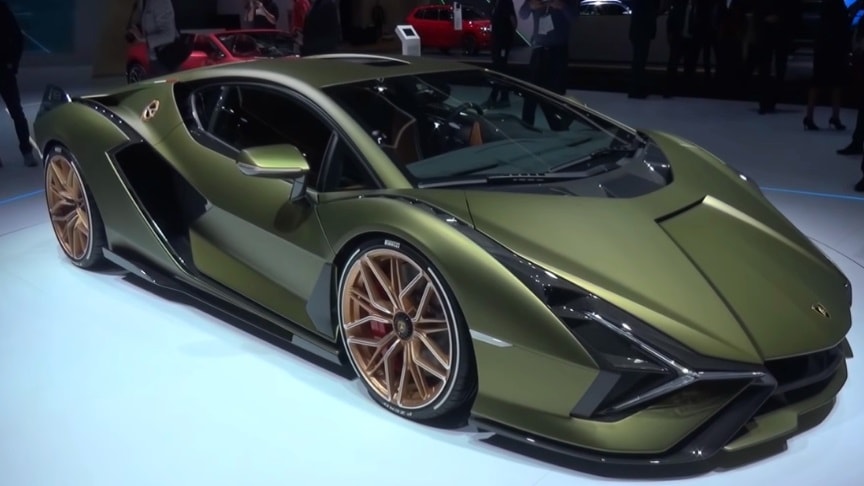 The Lamborghini Sian is named after the word “thunderbolt” in the local Bologna dialect, and you can instantly tell it’s got a dramatic design. Slotting into the ‘Few Off’ series, there will be 63 units which will all be finished in different specifications with no two cars the same.

Powering the bull is the 6.5l NA V12 making 785hp and 720nm, combined with a lithium-iron supercapacitor for an additional 34hp and 38nm; making it the most powerful car Lamborghini have produced at 819hp in total. The hybrid system connects directly to the 7 speed ISR gearbox with the additional power going to the rear and allowing the car to complete the 0-100km/h (62mph) sprint in just 2.8s and on to a top speed of 350km/h (221mph).

With both a monocoque and bodywork made from carbon fibre, the car makes quite a statement visually but also in terms of the technology which will hopefully filter into the replacement series production model to the Aventador.