Agility Robotics has unveiled a new bipedal robot named Digit, which adds an upper torso, arms, sensors, and additional computing power to the successful Cassie robot design.Digit is a humanoid robot designed to move in a more dynamic fashion than regular robots do. 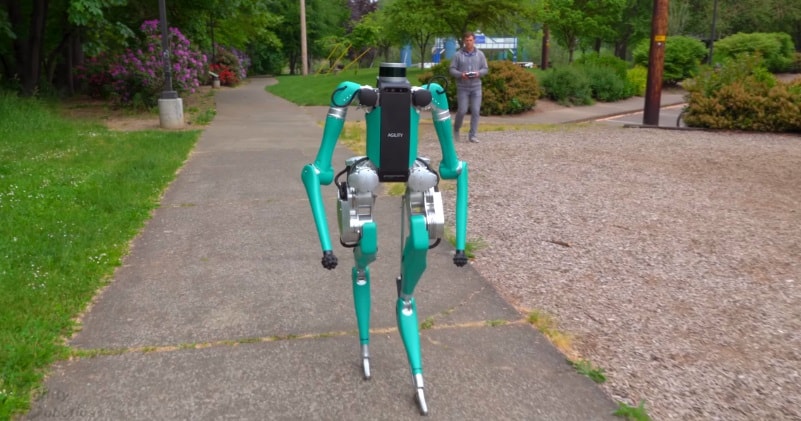 It has nimble limbs and a torso packed with sensors that will allow it to navigate complex environments and carry out tasks like package delivery.Digit gets some outdoor exercise, testing battery and motor endurance. Filming locations: Downtown Albany, OR; Talking Water Gardens; Peavy Arboretum.

Agility Robotics noted that while Digit is still in testing, the robot is capable of picking up and stacking boxes weighing up to 40 lb. (18 kg).Digit’s torso houses two multi-core CPUs, and a modular payload bay allows a third computer – in a variety of possible form factors – to support additional perception and reinforcement learning capabilities.

Out-of-the-box, Digit will be up and walking within five minutes, even for users who are not legged locomotion control researchers. “Most of our Cassie customers were specifically interested in developing controllers for legged locomotion,” said Dr. Damion Shelton, CEO and co-founder of Agility.