Pagani has quietly unveiled its most eye-popping Huayra ever, which is dubbed the Imola. It’s named after the famous Italian race track that has hosted countless Formula One races in its own long and storied history. 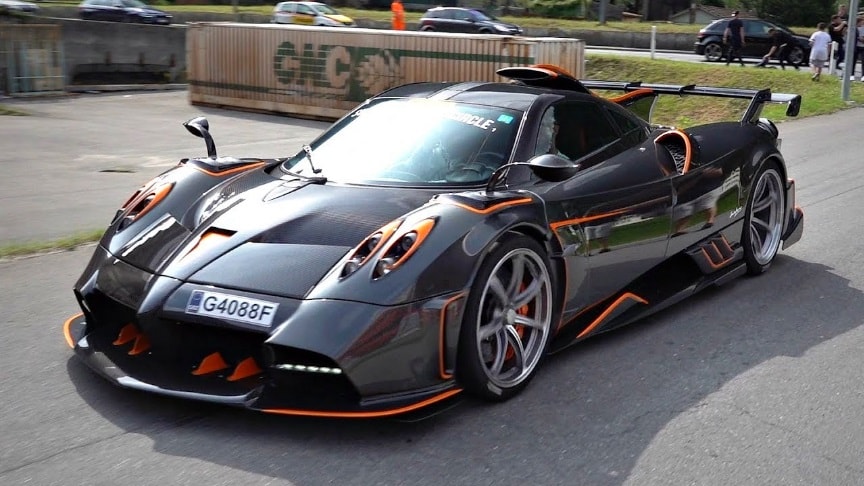 What you see here is Pagani’s most extreme Huayra to date; the Imola. Just look at the air scoop on the roof, the oversized rear wing and that rear diffuser! Video shows the car going flat out down an airstrip and driving on the road during the SOC 2019 event in Switzerland!

The first customer of the Imola is Oleg Egorov, founder and owner of TopCar Design. Technical details of the car remain unknown at this point but the exterior changes include a large seven-section diffuser with orange accents, a large roof scoop, a shark fin, more pronounced side skirts and a wide fixed rear wing with an integrated stoplight.

But suspect its AMG-sourced twin-turbo V12 has been fettled to deliver more than the the 745 HP and 811 lb-ft (1100 Nm) of torque that are offered by the BC. Pagani will only build five units of the Huayra Imola.