Located in Hamburg, Germany, the Largest model train set has a huge total length of 15,400 m (50,525 ft). To put that into perspective, the length of the train set is enough to get you to the top of Mount Everest – and 6,000 m back down the other side! 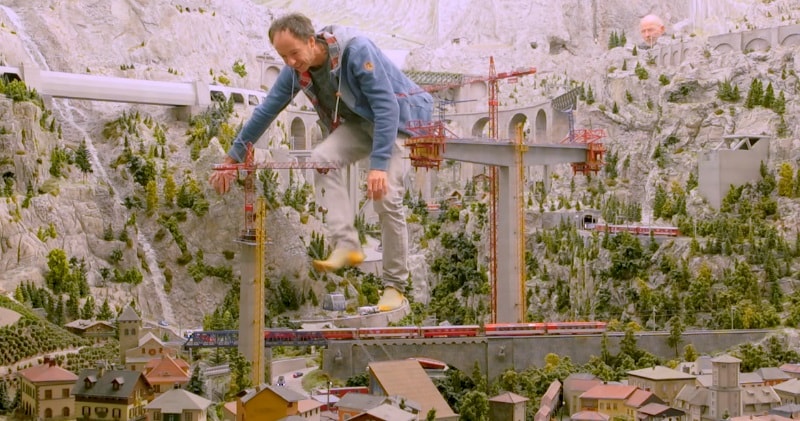 With over 50,000 feet of track and over 900 trains buzzing along them each day. Miniatur Wunderland has a floor space of 1,499m², and includes miniature versions of Germany, the US, Denmark, Norway, Sweden, parts of Finland, Switzerland and Italy.

There is a giant/tiny airport with taxiing planes, and city streets where police cars and firetrucks zoom along, controlled by sophisticated software.The attraction has roads, with 11,000 moving cars, its own airport, with 60 planes that take off and land, and of course trains for their tracks – 1,300 of them!