Let’s take a first look and walkaround of the brand new McLAREN SPEEDTAIL! It’s one of the most anticipated cars of recent times, not only as it’s the fastest McLaren ever, but also a return to the iconic 3-seat configuration seen in the legendary McLaren F1. Join me for a special preview to take a first walkaround and look at the car to explore some of the remarkable technology it introduces./Shmee150 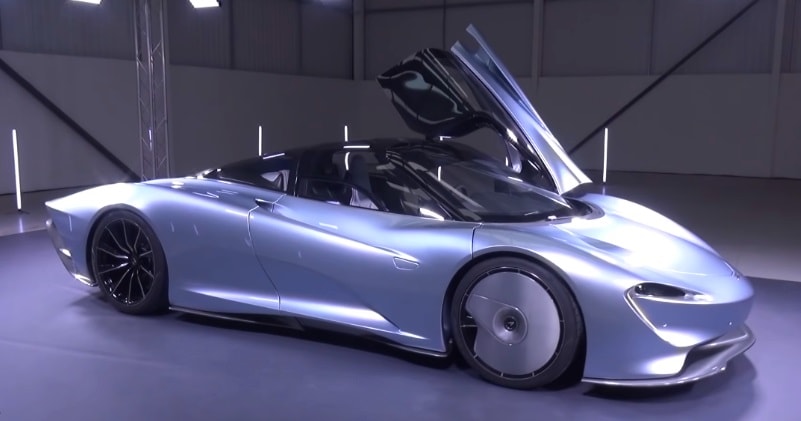 The McLaren Speedtail was formerly known by the codename, BP23, and arrives with a whole host of new technology. Not only is the driving seat in the centre, but it’s surrounded by a glass cabin unlike anything else. Watch the video from Shmee150 for more info:

For aerodynamics there are ailerons at the rear from flexible carbon fibre that can constantly adjust. The handles are replaced by motorised doors and the mirrors removed for camera systems displayed as part of the interior displays.