Motivated by the fact that 90% of all cars use two-and-a-half tons of steel to transport just one person at a time, aeronautical engineers Chris van den Brink and Harry Kronen took the challenge of developing a new vehicle which would counter the growing problem of congestion, while being ecologically viable at the same time. 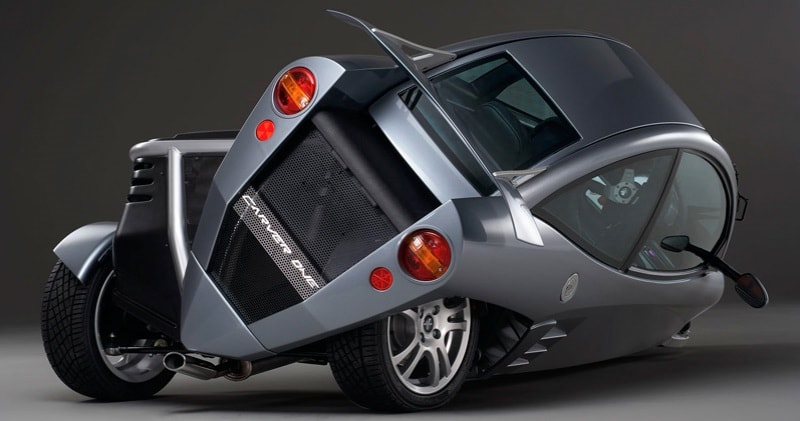 In trying to create a narrow, bullet-like model, they were faced with the challenge of creating an automatic stabilizing system that would allow for the vehicle to corner like a motorcycle, without losing its balance. And thus was born the pioneering Dynamic Vehicle Control system./Dutch Profiles 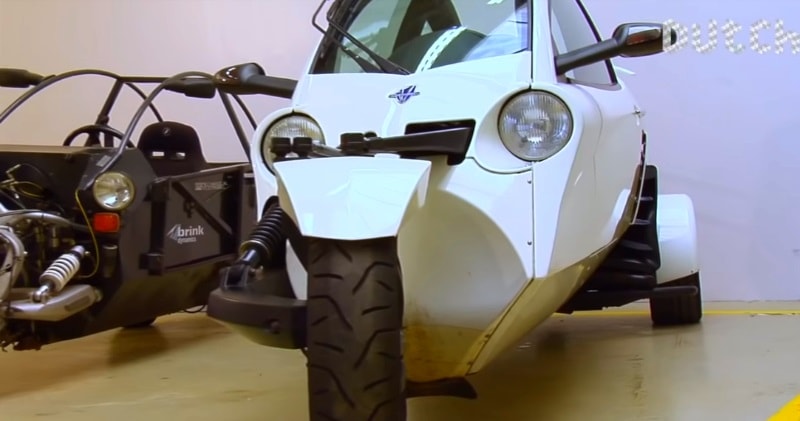 With an exceptional field of view from within its rounded frame, and its unique, tandem two-seater design, the Carver resembles the sumptuous lines of an F16 fighter plane, complete with the sound of hydraulic pumps ensuring the cockpit never exceeds it’s 45 degree angle.

The Carver is powered by a motorcycle-sized 660-cc turbocharged inline four with four valves-per-cylinder, mated to a regular five-speed manual gearbox. Despite the engines tiny capacity its enough to propel the Carver to 60 mph in 8.1 seconds. Top speed for this three-wheeled machine is pegged at an estimated 115 mph!

The rear half is more like a regular car; it remains fixed and parallel to the road in order to maintain excellent grip and traction.The rear also uses conventional 195/45R15 automobile tires, whereas the front rides on a single 145/70R17 motorcycle tire.