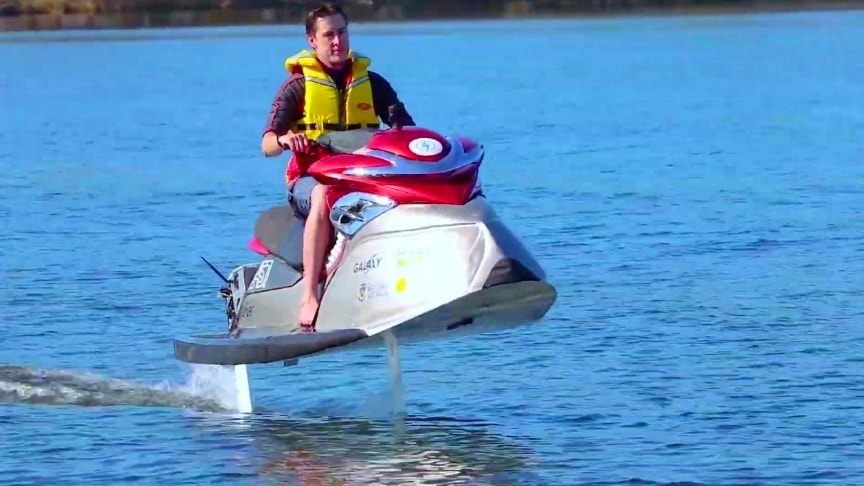 The WaveFlyer appears similar to a conventional jet-ski when stationary, but rises above the water during operation using an actively stabilised hydrofoil propulsion system. It can fly above the waves for over 30 minutes per trip courtesy of its 2 kWh Li-ion battery pack, and can accommodate two riders.

It is much quieter, more energy efficient and produces no emissions compared to petrol powered-alternatives.