Death defying swimming pools are set to become the newest architectural trend in central London, allowing visitors to float over 200 metres above the capital’s skyline. 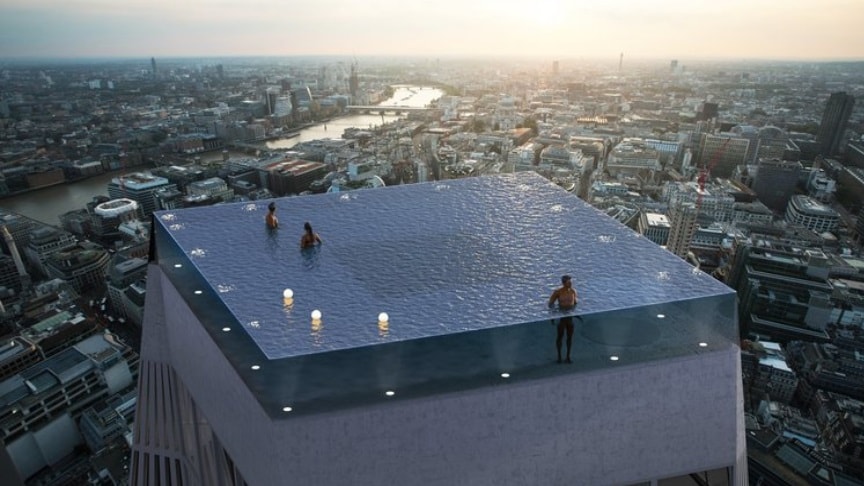 The structure is called Infinity London and is a 55-story building with a pool that will hold 600,000 liters of water 200 meters above the capital’s skyline. The UK-based pool manufacturer, compass pools, unveiled its design for infinity london. 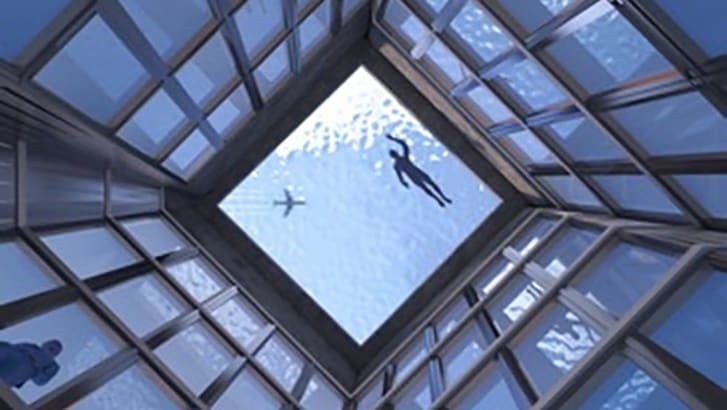 The concept, also referred to by the Greek lemniscate symbol (∞), features a 600,000-litre pool built right on top of a 55-storey building.The pool is made from cast acrylic rather than glass, as this material transmits light at a similar wavelength to water so that the pool will look perfectly clear.

The floor of the pool is also transparent, allowing visitors to see the swimmers and sky above.Other technical features include a built-in anemometer to monitor the wind speed, which is linked to a computer-controlled building management system to ensure the pool stays at the right temperature and water doesn’t get blown down to the streets below. 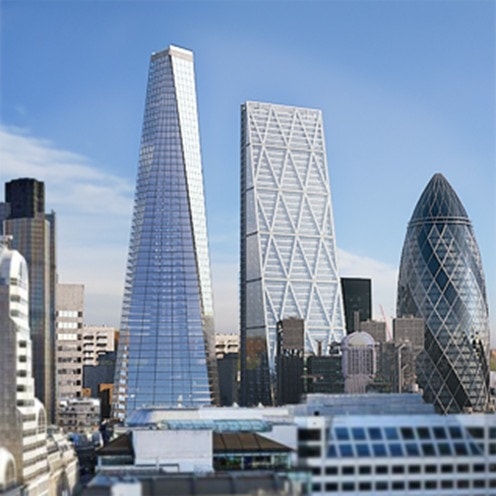 Swimmers will access the pool through a rotating spiral staircase based on the door of a submarine, rising from the pool floor when someone wants to get in or out.Other advanced technical features include a built-in anemometer to monitor the wind speed.