Thyssenkrupp unveils MULTI, one of the industry’s most forward-thinking innovations created since the 19th century: the world’s first rope-less and sideways-moving elevator system. 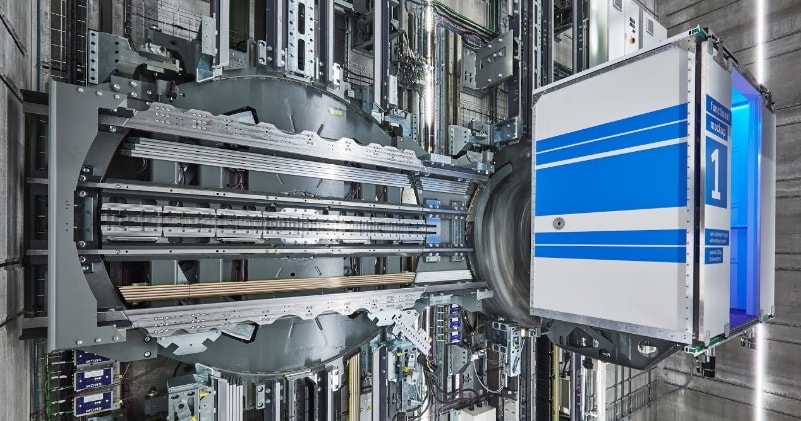 Instead of one cabin per shaft moving up and down, the MULTI offers multiple cabins operating in loop, like a metro system inside a building.The world’s first fully functional rope-less, horizontal-vertical elevator system has been installed at a purpose-built innovation test tower in Rottweil, Germany.

Called Multi, the groundbreaking system has been developed by German elevator manufacturer ThyssenKrupp. With this technology, Multi elevators can follow a maglev track throughout a building, allowing for the elevator cabins to travel up one shaft and down another in one continued loop system, similar to what it would be like if you had a metro system running within a building.

The design allows for more than one cabin within each shaft, creating a system that the company says can increase the capacity of passengers by up to 50 percent — and significantly shorten waiting times for passengers.Watch the video by Dezeen:

The cabins work on a set track much like a subway system, and while the cabins themselves are smaller and slower than a traditional lift system, the ability for multiple cabins mean really short wait times.