Richard revived and converted a 1950’s army surplus truck into a simple home on wheels so that he could afford to carry out his mission: creating free portraits for people living in shelters and on the margins. 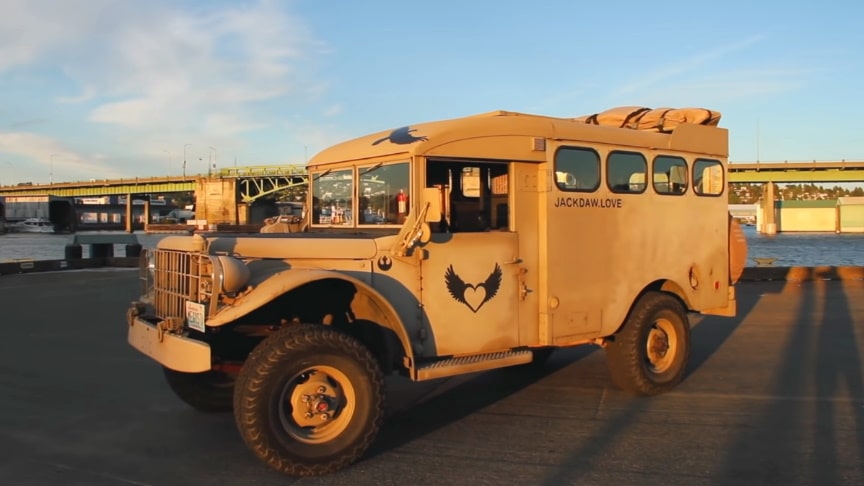 He’s been living in his truck full-time for 3 years .As for the compact interior space, the living space is light and airy, with all of the comforts of home.

His truck is a 1954 Dodge M152 – a former command truck in the Canadian Armed forces that he bought sight unseen in 2016. He worked on it for two years to bring it back to life and he hit the road in 2018.

The conversion is simple: he has a comfortable seat, a workstation that holds his cooktop, fridge, and solar generator, and a double bed with loads of storage beneath for tools, equipment, and clothing./Exploring Alternatives