This is the TMC DUMONT, which is a concept art motorcycle, designed and built by Retired F1 driver and designer Tarso Marques. 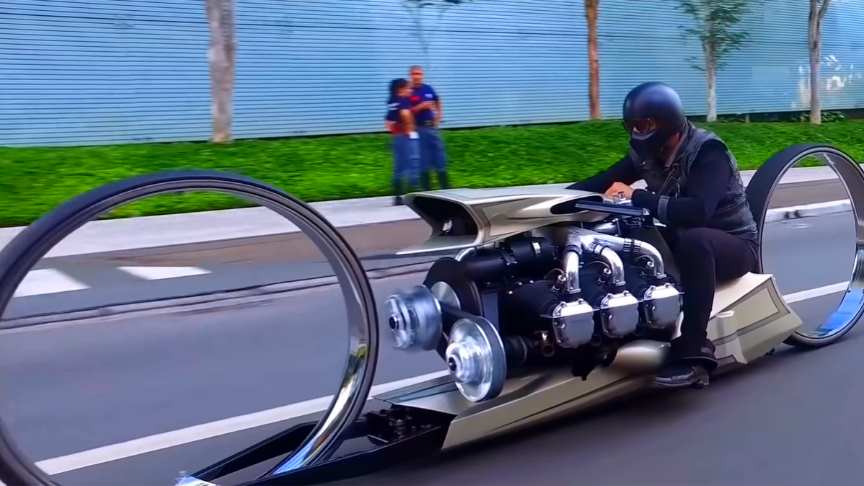 This ultra sleek, hubless wheel, motorcycle, is powered by an actual 300 hp, six-cylinder, Rolls-Royce Continental Aircraft Engine from 1960.With its 300 horsepower, TMC Dumont not only walks, but draws attention to wherever it goes.

The TMC Dumont made its debut at the Daytona Bike Week in 2018, the most important customization event in the world, and won best in show out of 100 competing bikes.

The bike may be impractical for everyday use, but if we only ever create things that are practical, what’s the point of having an imagination and following a dream. Its look is so futuristic and unconventional that it looks like a sculpture or some design used in films of heroes or science fiction.