Having worked on the Tesla Model Y and the Apple Watch, when Sankarshan Murthy wanted to add more space to his families’ small Silicon Valley home, he chose to make the furniture transformable on command. 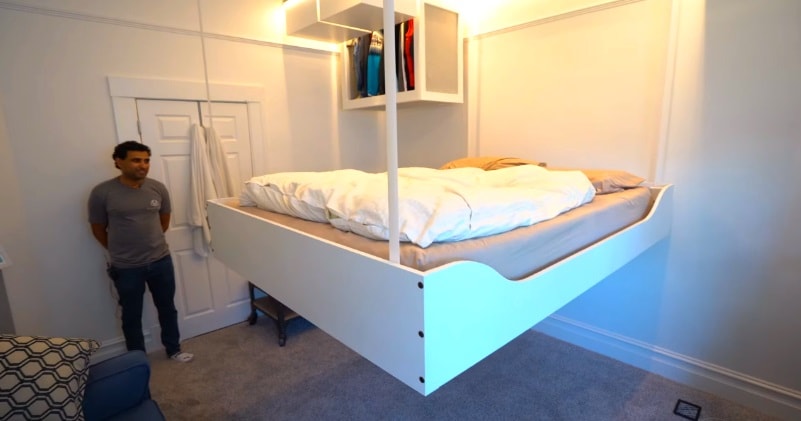 Today, his startup Bumblebee Spaces sells a robotic ceiling system that can hide any furniture- beds, closets, bureaus- in the ceiling and deploy it with a simple voice command.

The system is not just a space saver, but a “Marie Kondo in the ceiling”, according to Murthy. It inventories all your possessions so you can easily find, sort or cull unused items.

We visited the company’s first beta prototype in San Francisco’s South Park neighborhood. Here they installed a ceiling system to allow a one-bedroom home inside a coliving space to morph between bedroom, living room and closet with a click or a command.