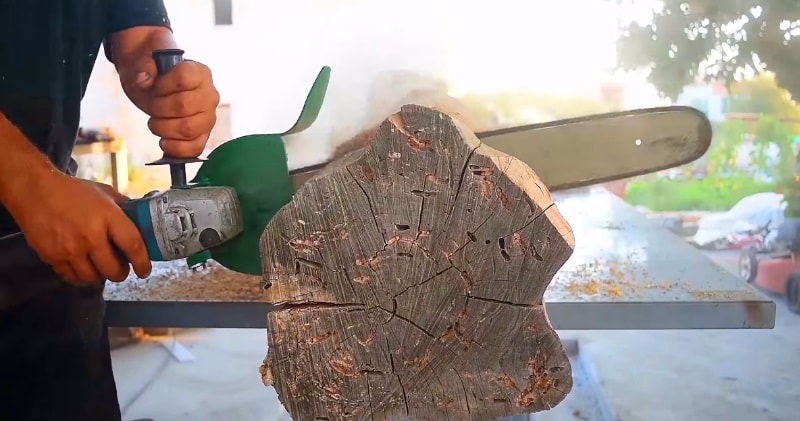 The chain that we placed on the metallic plate is revolved on a high speed without derailing its way supported by the gear that revolves the angle grinder at the particular time. This metallic rail has the potential to move towards and backwards as a result to enable us to set how tight or loose we want our chain to be.

Then, we made a protective cover around the chain close to the parts that we place our hands in order to reduce any danger. Thus, without any special difficulty the angle grinder 4 is a fact!!!! After completing it and testing it, we got amazed by its performance as an electrical chain saw.